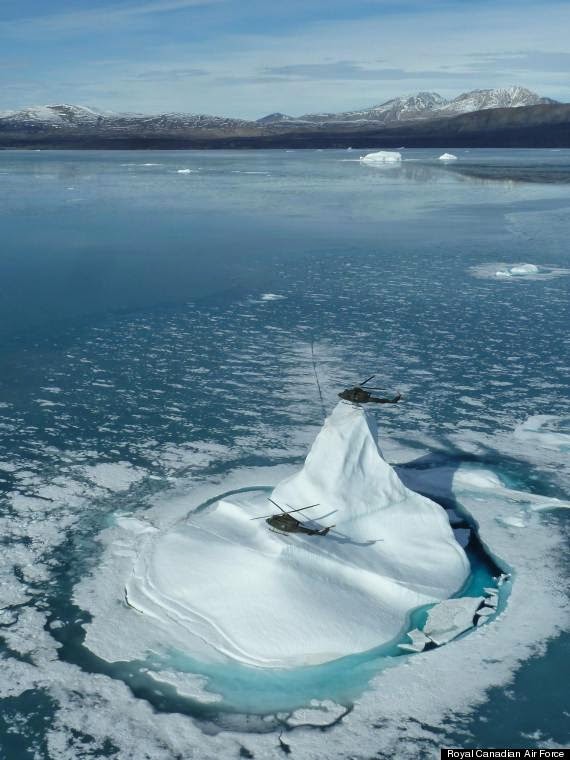 So what if the USA has 10 nuclear-powered submarines that look more like cities than ships. Canada has some pretty impressive "aircraft carriers" of its own.
Who needs a floating city when you have floating ice?
The photo (captured by Capt. Ray Connelly) shows two Canadian helicopters hovering just above an iceberg in a fjord in Nunavut and has racked up nearly one million views in just one day on Reddit.
The headline -- "Two helicopters from Canada's 438 Tactical Helicopter Squadron take off from a Canadian aircraft carrier." -- might have had something to do with it.


While the choppers didn't actually land on the iceberg, they did do something every bit as impressive.
The two CH-146 Griffon aircraft just took part in Operation Nevus, a mission that saw the two choppers from the 438 Tactical Helicopter Squadron in St-Hubert, Quebec transport equipment needed to maintain communications between Ellesmere Island and the rest of Canada. It's a roughly 4,000 kilometre journey.
This is the first year the choppers made the trip up north on their own. In previous years they were carried aboard CC-177 Globemaster aircraft.
HuffPost
Posted by Buzzcanadalive at 9:30 AM