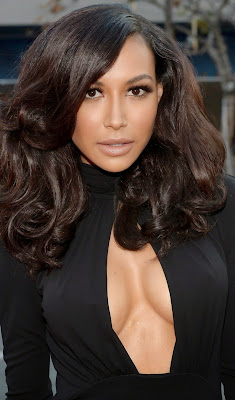 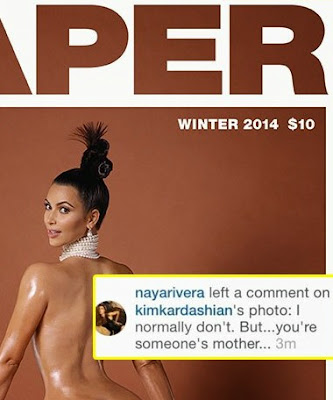 Some people might like Kim Kardashian's nude cover for Paper magazine but Glee actress Naya Rivera is not one of them. The feisty actress, who felt the shoot was inappropriate for a mother to do, commented on Kim's photo saying exactly that. Naya wrote "I normally don't, but you're someone's mother". Naya is just one out of the thousands of people who called Kim out for the mag shoot.

Naya and others may not approve, but Kim's husband Kanye West does. He shared a pic of the mag cover on his twitter page and wrote 'AllDay!
Posted by Buzzcanadalive at 3:30 PM