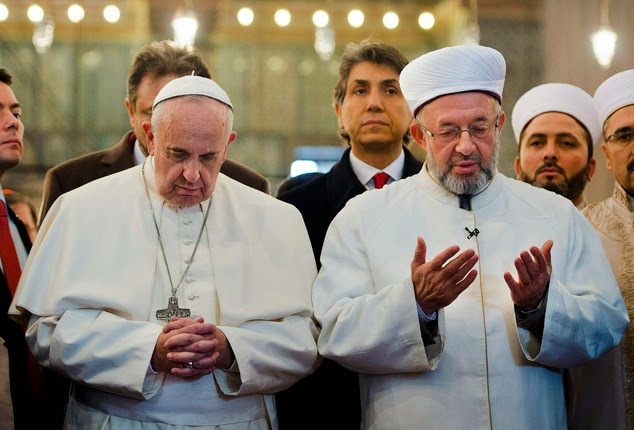 Pope Francis has taken part in a Muslim prayer alongside the Grand Mufti of Istanbul on the second leg of his three-day visit to Turkey. Francis stood on Saturday morning with his head bowed and hands clasped in front of him in a two minutes of silent prayer inside the 17th-century Sultan Ahmet mosque, aiming to show respect for Islam and encourage stronger ties between the two faiths.

"May God accept it," Rahmi Yaran, the Grand Mufti of Istanbul told the pope at the end of the prayer. 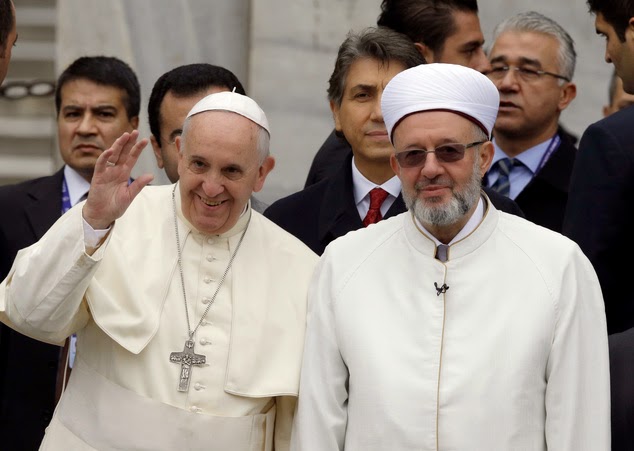 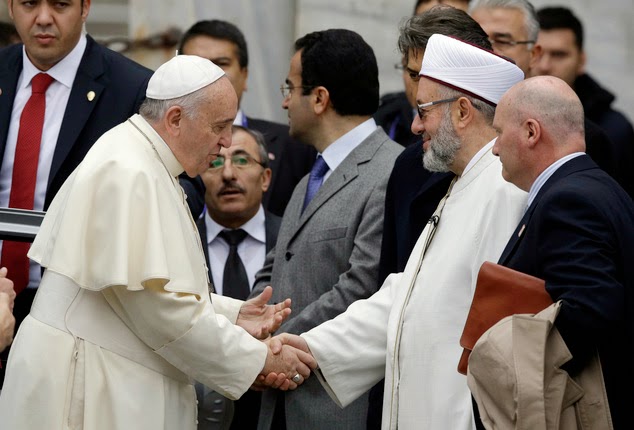 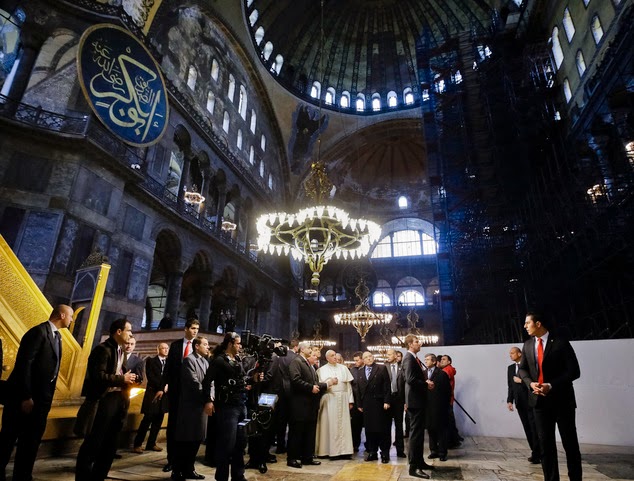 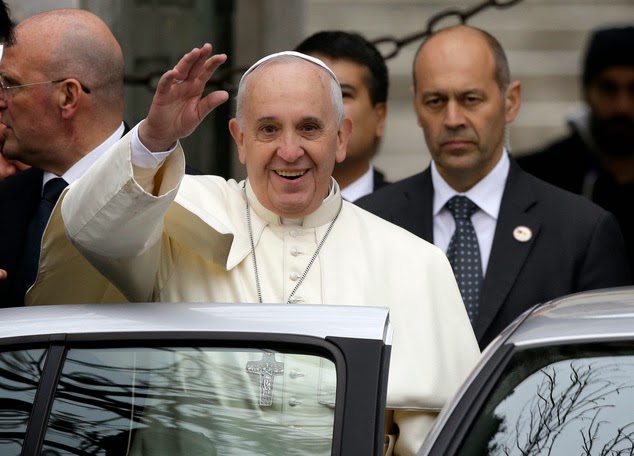 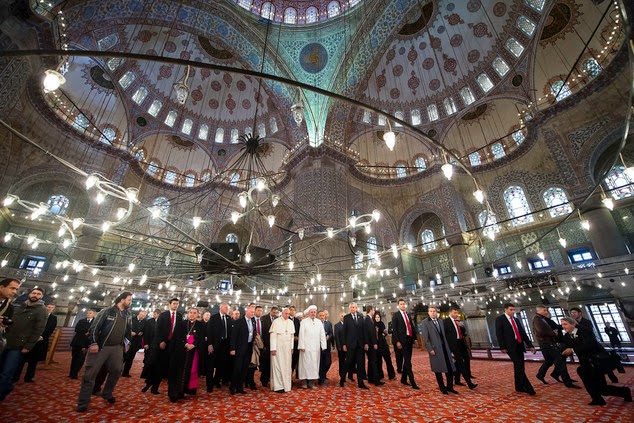 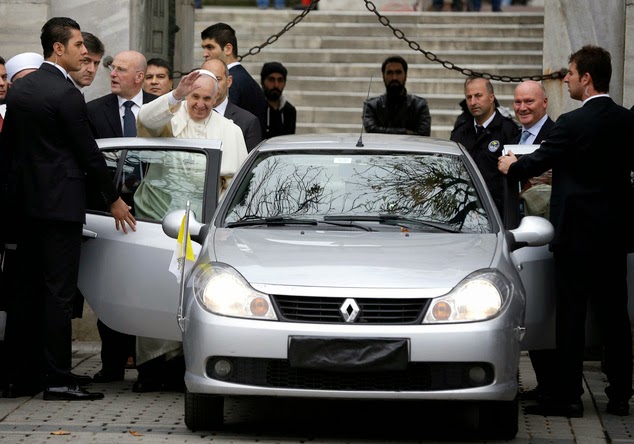 Posted by Buzzcanadalive at 3:00 AM