That Fast! Russia dismantles Apple statue after CEO comes out as gay 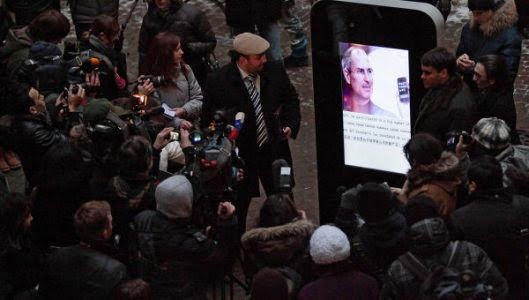 A human-sized iPhone statue featuring a screen that displays a photo and video tribute to Apple Inc founder, Steve Jobs, which was erected in St Petersburg, Russia in 2013, was dismantled by the people who put it up, a day after Apple CEO, Tim Cook, came out as gay.

The Russian group of companies that erected the monument released a statement today saying it was taken down on Friday Oct. 31st, because they needed to abide by 'a law combating gay propaganda".
Posted by Buzzcanadalive at 9:00 AM