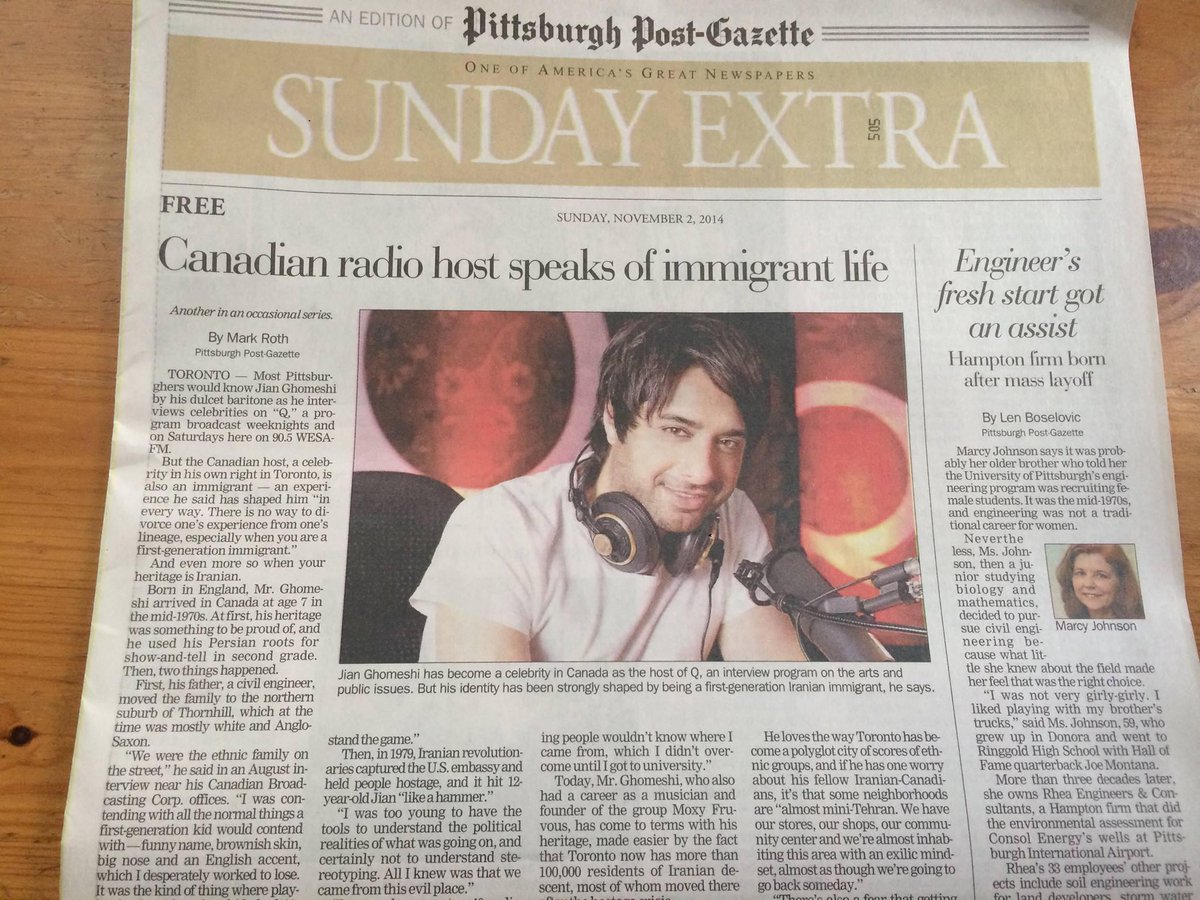 A U.S. newspaper has a front page story about Jian Ghomeshi - and it has absolutely nothing to do with the ex-CBC host's growing scandal.

On Sunday, the Pittsburgh Post-Gazette ran Mark Roth's Oct. 19 story on Ghomeshi's life as an immigrant in Canada, featuring it on the front page of its Sunday Extra supplement.

But it's real, according to Ashley Csanady of Canada.com, who was told by a Post-Gazette employee that it was re-published in Sunday's issue and that the paper is looking into the matter.


The story, which lauds Ghomeshi as a "celebrity in his own right in Toronto," was published a week before Ghomeshi left the CBC and explosive allegations against him were revealed by media critic Jesse Brown and the Toronto Star.

Toronto police have opened up a criminal investigation after receiving three abuse complaints against Ghomeshi, who is suing the CBC for $55 million.