Former child star Amanda Bynes has gone on a Twitter rant explaining to her fans and followers the ‘reason’ for her quirky actions in the past months.

Over the past few months the 28-year-old actress has been caught shoplifting, driving under the influence of drugs, and many more scandalous acts that have caused the world to wonder: What in the world is going on with Amanda? Bynes’ most recent antic was to announce her engagement to a 19-year-old bait shop employee named Caleb.

Taking to Twitter, Amanda Bynes has officially confirmed her engagement, and stated that she will be suing some top magazines for calling her insane. She also made a shocking revelation: She alleges that her father has physically, verbally and sexually abused her 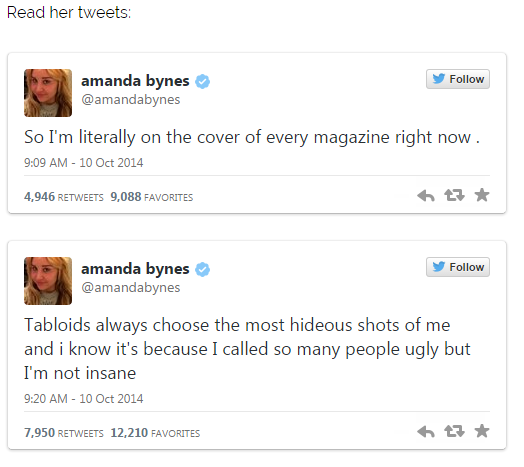 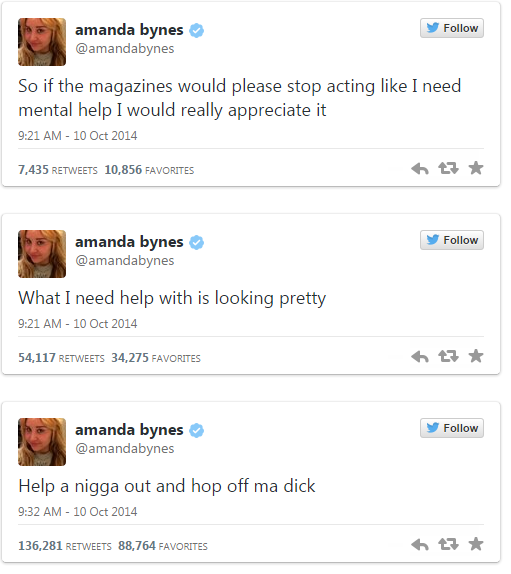 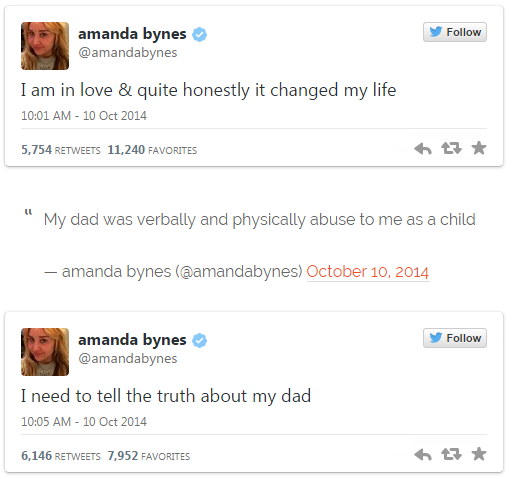 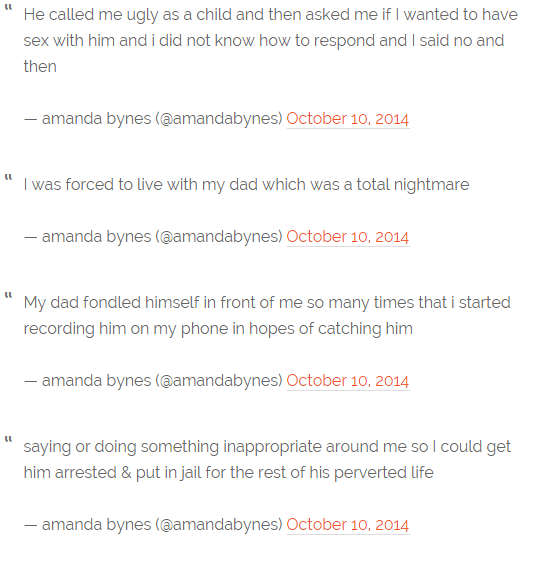 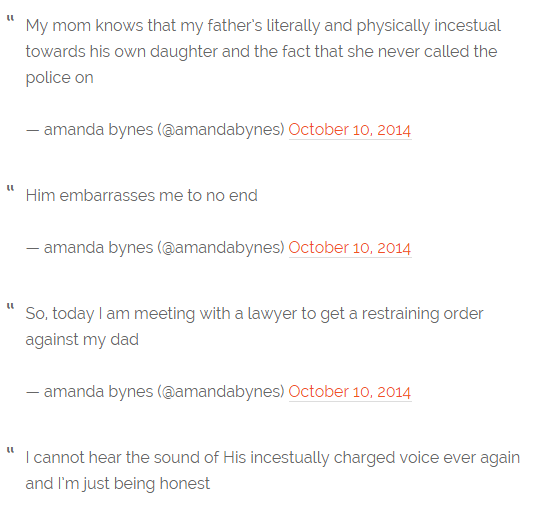 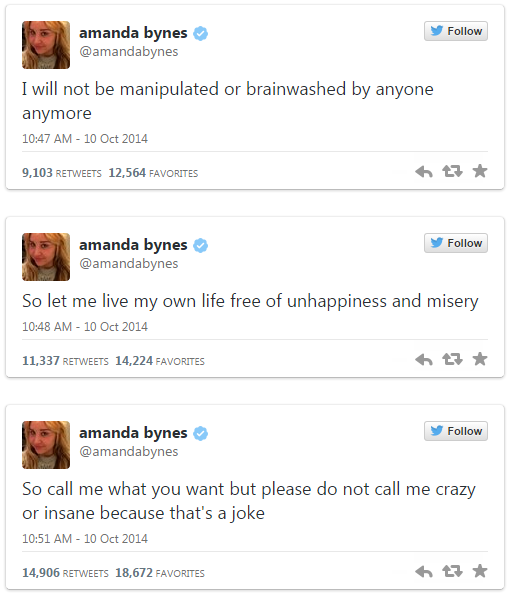