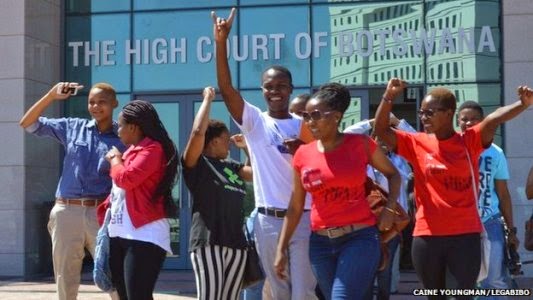 A Botswana gay and lesbian group, LEGABIBO, (short for Lesbians, Gays &Bisexuals of Botswana) has won a landmark legal case in the Botswana High Court and they can now be officially registered as a group.

The judge Terrence Rannowane, who ruled, said that the refusal of the government to register the group was unconstitutional. In his verdict,  he declared "It is also not a crime to be a homosexual." The verdict was passed today, November 14.
Posted by Buzzcanadalive at 7:00 PM