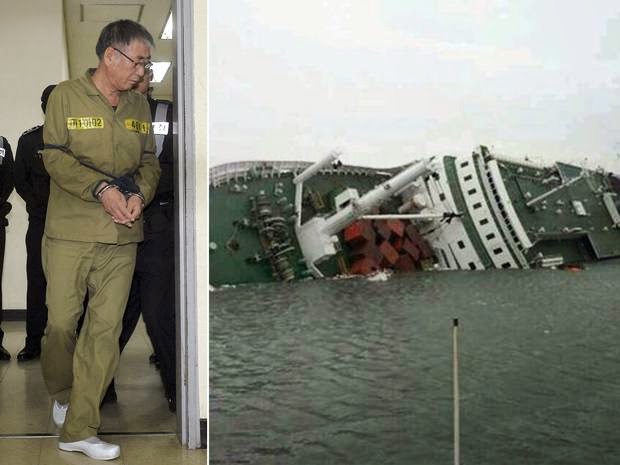 The captain of the South Korean Sewol ferry that sank on April 16th killing over 300 students on their way to a field trip and other passengers on board, has been sentenced to 36 years in prison.

Lee Joon-seok, was sentenced today November 11th after a 6-month trial, after being found guilty of violating 'Seamen's law' and abandonment causing death and injury.


He was accused of abandoning his ship and leaping to safety while hundreds of his passengers remained inside the ferry as it sank. Prosecutors said he failed to use available equipment in his ship such as life rafts, life vests and announcements to evacuate the passengers.

The Ferry's chief engineer was found guilty of murder and sentenced to 30 years, while the remaining 13 crew members were sentenced five to 20 years.
Posted by Buzzcanadalive at 7:30 PM