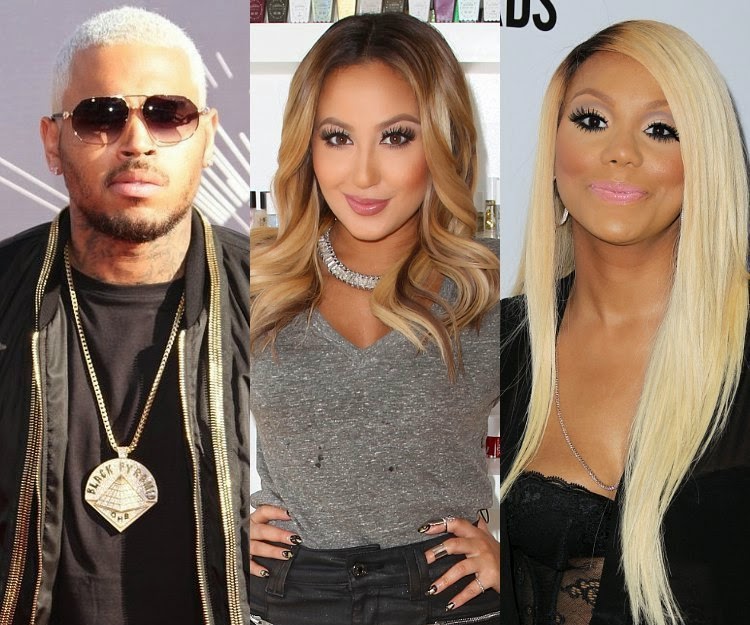 Chris Brown admits he was childish for slamming Adrienne & Tamar but doesn't apologize. Yesterday Chris Brown slammed The Real hosts Adrienne Bailon and Tamar Braxton after they criticized his relationship with Karrueche on their TV show. Chris basically called Adrienne a 'thot' and slammed Tamar for having bad plastic surgery.
After he was slammed by fans, Chris decided to address the issue again, admitting he was childish with his response but says he will not apologize for it because he'd had with people always criticizing him. See what he wrote on instagram below 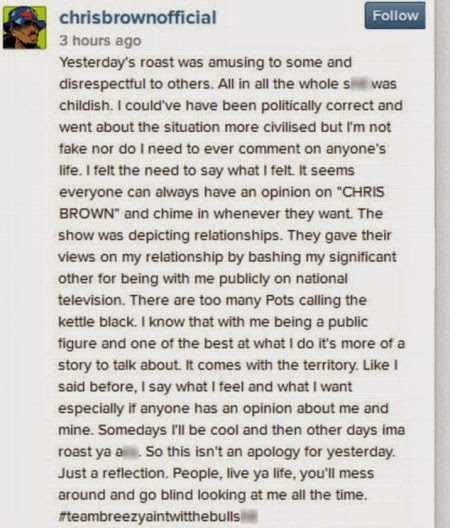