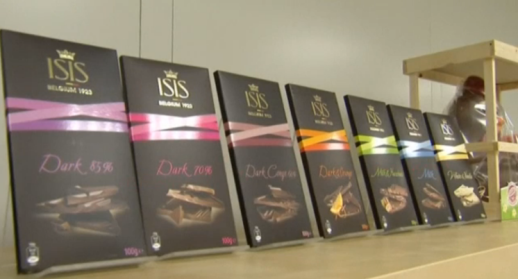 Belgian chocolate brand 'ISIS’ has announced it will be rebranding itself as ‘Libeert’ due to sharp fall in sales brought on by its name association with the Islamist terror group, Islamic State of Iraq and the Levant (ISIS).

The company which was founded as ‘Italo Suisse’ in 1923, changed name to ISIS in 2013 because the chocolatier was no longer associated with either Italy or Switzerland. Now, they have to change their name again for a name association that is unquestionably much worse, with the rise of the terror group causing sales to drop. The company is not the first organization to have re-branded themselves because of the terror group.
Posted by Buzzcanadalive at 12:00 PM