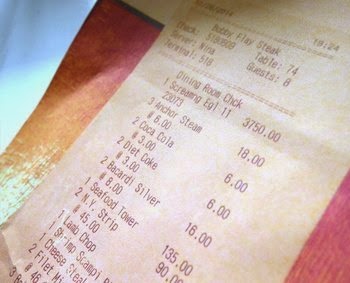 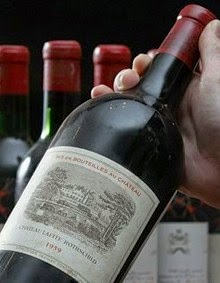 An occasional wine-drinker asked a waitress to recommend a decent wine for him and his guests at a meeting. She recommended one and said it cost "thirty seven fifty". Thinking she meant $37.50, Joe Lentini ordered the wine and was given a huge bill $4,700.61, including tax.

It was bottle of the vintage wine, Screaming Eagle, Oakville 2011.

‘I asked the waitress if she could recommend something decent because I don't have experience with wine. She pointed to a bottle on the menu. I didn’t have my glasses. I asked how much and she said, “Thirty-seven fifty.” Joe said

When the dinner was over and the waitress brought the bill, Joe, who hadn't paid much attention to the wine, sat up.. 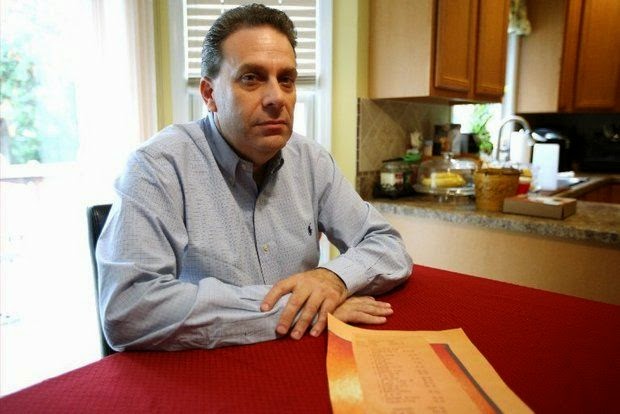 Lentini said he called the waitress over and said there was a problem. He said he explained that he never would have ordered such expensive wine, and repeated that when he asked about the price, the waitress said "thirty-seven fifty," not "three-thousand, seven-hundred-and-fifty."

The waitress disagreed, and a manager was called over. He offered to give separate bills, so the dinner bill, which wasn't being disputed, could be paid.

Next, Lentini said he was told the best price the restaurant could offer was $2,200.

Lentini said he couldn't afford that, but to be able to leave, he and two other diners agreed to split the $2,200 bill.

Email ThisBlogThis!Share to TwitterShare to FacebookShare to Pinterest
Labels: Lol, Not Funny, Nutrition, Oops, US