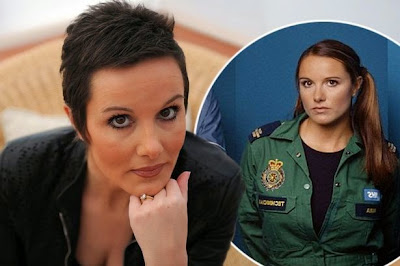 Casualty star Rebekah Gibbs has died last night after a long cancer battle. The stage and TV actress, whose credits include Fame, Grease, Starlight Express and The Bill, is best known for her role as moody nurse Nina Farr on the BBC drama series.

Rebekah, 41, was first diagnosed with breast cancer in January 2008, just 10 weeks after giving birth to her daughter Gigi. May her soul rest in peace.
Posted by Buzzcanadalive at 8:30 PM