Verdict | Canadian man could be extradited to France soon 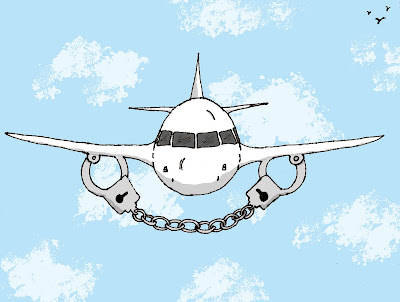 A Canadian man facing extradition to France in connection with a 1980 Paris synagogue bombing that killed four people could be extradited within days after the Supreme Court of Canada announced Thursday it will not hear his case, The New Zealand Herald reports.

Hassan Diab, a 60-year-old Canadian of Lebanese descent, is eligible for immediate removal.

The high court did not release reasons for the decision as is customary. The Ontario Court of Appeal ruled earlier this year a lower-court judge and the federal justice minister made no legal errors in concluding Diab should be handed to French authorities.

Canadian police arrested Diab in 2008 in response to a request from France, where he is wanted on charges of murder and attempted murder in the Oct. 3, 1980 bombing.

The bomb, hidden in the saddlebags of a parked motorcycle, exploded outside a Parisian synagogue during a Sabbath service, killing three French men and one Israeli woman. About 200,000 people later marched through the streets of Paris to protest the attack.

The Popular Front for the Liberation of Palestine-Special Operations was blamed for the bombing at the time.

The investigation was reopened after Diab’s name turned up on a list of former members of a Palestinian extremist group obtained by German intelligence officials.

Diab, who had been a part-time sociology professor at both Carleton University and the University of Ottawa before his arrest, has denied any role in the attack.

Stamps in Diab’s 1980 passport indicated he was not in France at the time of the bombing.

Donald Pratt of the Hassan Diab Support Committee said they are “extremely disappointed” and that all the justice minister has to do now is reaffirm his order for removal. Diab reported to a detention center Wednesday night ahead of the court decision.

A spokeswoman for Justice Minister Peter MacKay didn’t immediately return a message seeking comment.
Posted by Buzzcanadalive at 8:30 AM