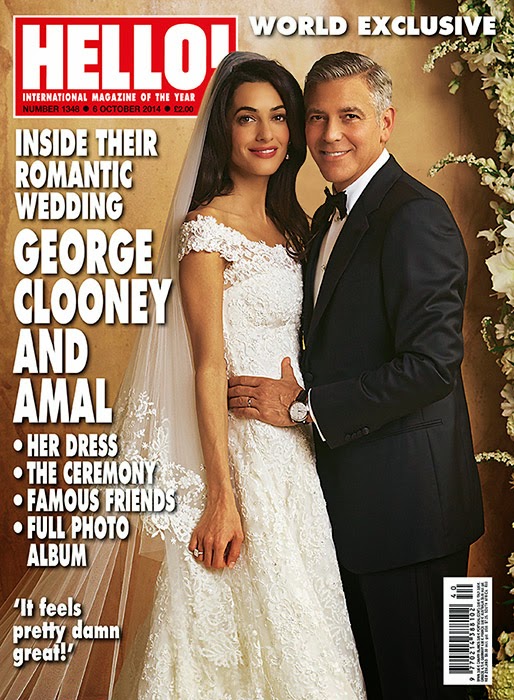 It was a weekend love fest for Hollywood superstar George Clooney and accomplished lawyer Amal Alamuddin. The couple tied the knot in Venice, Italy. Family, friends and Hollywood players were there to witness the day.


Hello Magazine reports that ” took place at the luxury Aman Canal Grande hotel. Family and star friends from more than 30 countries, many with tears in their eyes, applauded after the couple exchanged vows and platinum wedding rings during a 30-minute ceremony.
Amal’s exquisite custom-made, French lace Oscar de la Renta dress can also be seen in all its glory. The stunning gown was embroidered with pearls and diamanté accents and featured a gorgeous lace overlay and off-the-shoulder sleeves.

The groom, meanwhile looked dapper in a black tuxedo, which was created by his good friend Giorgio Armani, as part of his Made to Measure collection. The star teamed it with a white shirt, black bow tie and black leather oxfords and the finishing touches were cufflinks gifted from Amal, with “George” inscribed in Arabic.
Also featured in detail is the lavish reception which was attended by a host of A-listers including Matt Damon, Bill Murray, U2 singer Bono and George’s best friend Rande Gerber and his model wife Cindy Crawford.”
' 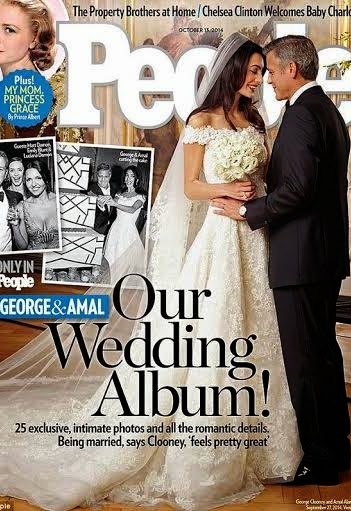 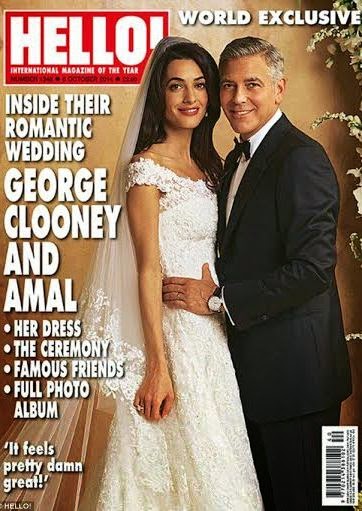