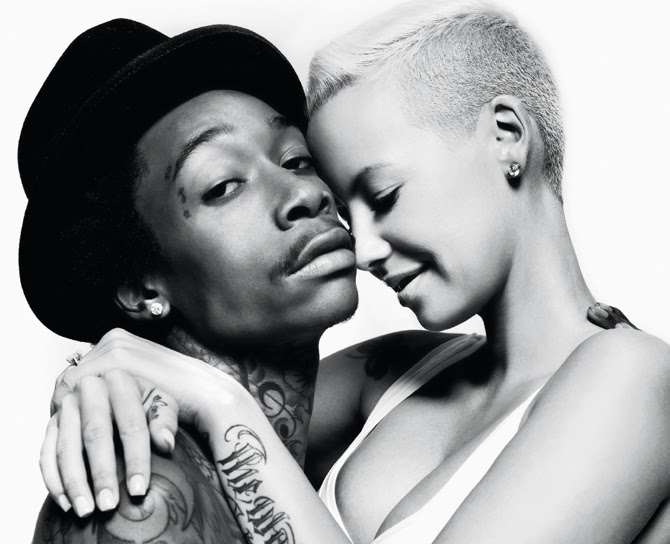 According to reports, the exes are accusing each other of cheating. Find the report from TMZ below...

It's a bitter break-up, with each accusing the other of cheating. Sources connected with Amber tell TMZ ... since the beginning of Wiz's tour in July she strongly suspected he was stepping out.

Amber's telling friends she wanted to join Wiz on the tour but he came up with a panoply of excuses, the most frequent of which ... she should stay home with their 1-year-old.

She also says he tried to show dominance by telling her he's the bread winner and he needed to be left alone to make money and she needed to stay home. BTW ... we understand that doesn't make a lot of sense, but that's what she said.

As we reported ... Wiz believes it was Amber who was cheating, courtesy of Nick Cannon, and she's throwing up allegations against him as a cover for her own misdeeds.

And Wiz has complained privately ... Amber is one big nag.

Meanwhile, Nick's camp has denied he's dating or sleeping with Amber Rose. Insiders tell TMZ Nick knew nothing of Amber and Wiz's marital problems until after her lawyers notified him during negotiations of her management deal.

The sources admits Amber and Nick bonded over break-up stories but insist their relationship is strictly professional.
Posted by Buzzcanadalive at 12:00 AM