Unbelievable! 'Dead' woman heard screaming from inside coffin after being buried alive 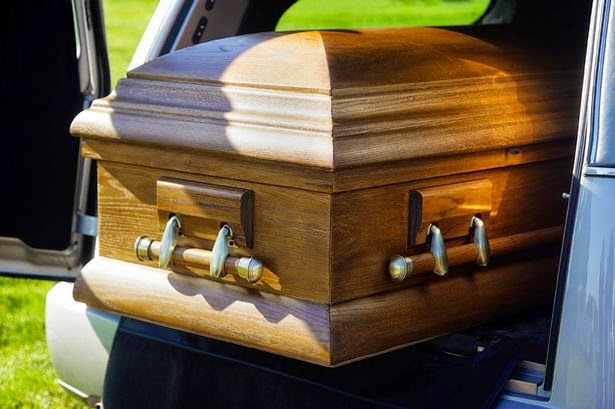 Cemetery workers raced to a newly-dug grave after they heard banging and muffled shouting an hour after a 45-year-old woman was buried.

As they grabbed tools and anything they could find, they rushed to dig the grave up again after the woman woke up to find herself buried alive in a coffin.

But tragically, the un-named woman died before her would-be rescuers could reach her inside the plot at a cemetery near Greece’s Thessaloniki.

Now police are probing why the woman was pronounced dead by doctors treating her for cancer, only to be found alive.

Her grieving family arranged her funeral at the graveyard in Peraia, a small town 16 miles south of Thessaloniki, Greece’s main city in the north.
Shortly after the last relatives left the cemetery on Thursday, residents and a group of children playing outside reportedly heard a female voice shouting for help from inside the grave.

They called the police, and began digging up the grave to save her but she had suffocated to death inside the coffin, it was reported.

However, a doctor who was at the scene and examined the woman’s body, said she had been dead for hours and could not have been revived.

Dr Chrissi Matsikoudi told Greek TV channel MEGA: "I just don’t believe it. We did several tests including one for heart failure on the body. It would have been impossible for someone in a state of rigor mortis to have been shouting and hitting the coffin like that.”

A coroner is expected to examine the body.

Meanwhile, relatives of the dead woman say they are considering filing a complaint against the doctors responsible for her treatment at the cancer clinic.