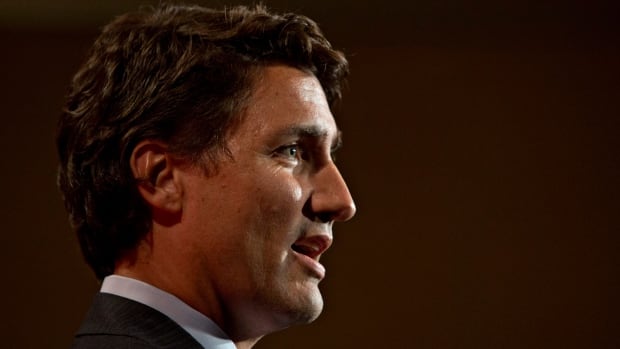 Sun Media Corp. is apologizing to Justin Trudeau for a rant against the Liberal leader by on-air personality Ezra Levant.
"It is the view of Sun News that this segment was in poor taste and should not have been aired. We understand why many viewers found both the content and language of this segment to be offensive," according to a statement posted on its website.
"We apologize to Mr. Trudeau, his family and to our viewers."
Levant made no mention of the subject in the opening monologue of his 8 p.m. ET Sun News Network show.
"We accept Sun News' apology," Trudeau's spokeswoman Kate Purchase said in an emailed statement.
"We look forward to Sun News journalists resuming participation in Mr. Trudeau's press conferences."
The Sun News Network host was in hot water for an on-air tirade over a photo of Trudeau kissing a Toronto-area bride on the cheek as her bridesmaids looked on.


In his monologue, Levant maligned Trudeau for the kiss, suggesting he'd forced himself on the wedding party. He also slurred Trudeau's mother, Margaret, and his late father, former prime minister Pierre Trudeau.
The bride and her father-in-law stated publicly that they requested Trudeau to pose for photos, and also asked that he kiss the bride. They said Trudeau got the groom's OK before planting the kiss.
As a result of Levant's comments, Trudeau had said he would no longer speak to Sun Media reporters until there was an appropriate response from the chain, Canada's largest newspaper publisher.
A video of the rant — and a column repeating many of the same slurs against Trudeau — was still on Levant's blog as of late Monday afternoon. Levant did not immediately reply to a request for comment.
Canadian Press
Posted by Buzzcanadalive at 3:00 PM