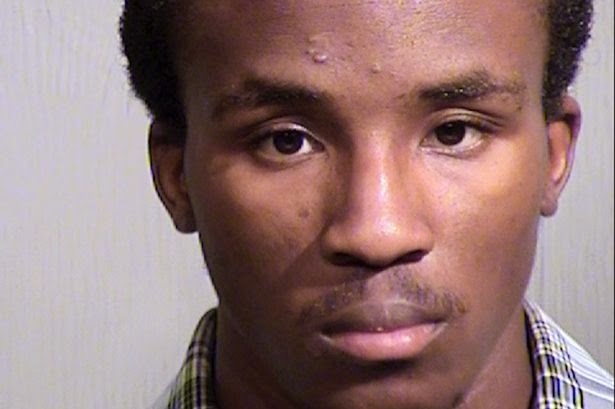 Former airport worker, 20 year old Walter Earl Morrison (pictured) is accused of stealing a diamond ring worth about $150,000 and then swapping it for just $20 worth of weed.

According to prosecutors (the case is currently in court), Walter had been working for UPS at the Sky Harbor Airport in Arizona when he allegedly swiped a package and hid it under his shirt while loading cargo onto a plane.

Prosecutors said he thought the parcel contained cash but instead found a diamond ring. Of course he didn't know the value of the ring, so he took it a marijuana dealer and bought himself $20 worth of wee in exchange for the ring. The stolen item was traced back to him and he eventually confessed. He was immediately sacked by UPS and arrested for theft.

Fortunately he was able to tell UPS and police who he sold the Diamond ring to. The ring was recovered and delivered to the intended customer while Walter is facing theft charges
Posted by Buzzcanadalive at 10:00 AM

Email ThisBlogThis!Share to TwitterShare to FacebookShare to Pinterest
Labels: Not Funny, ThumbsDown, WTF