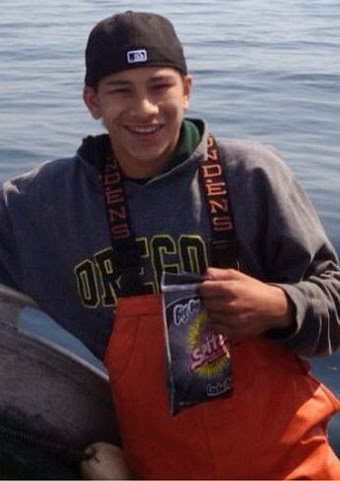 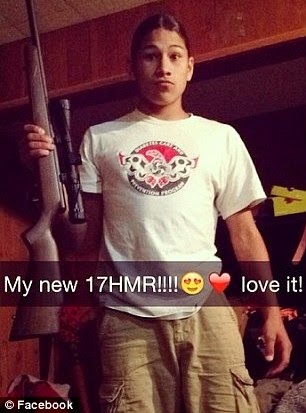 15 year old Jaylen Fryberg (pictured above), a member of the Tulalip Native-American tribe, entered his school cafeteria yesterday morning around 10.41 am, walked over to a table, pulled out a gun and shot five students. He killed one, injured four, who are in critical condition at the hospital, and then he took his own life by shooting himself in the head with his father's gun. The incident which lasted for about two minutes took place at Marysville-Pilchuck High School in Washington D.C yesterday. 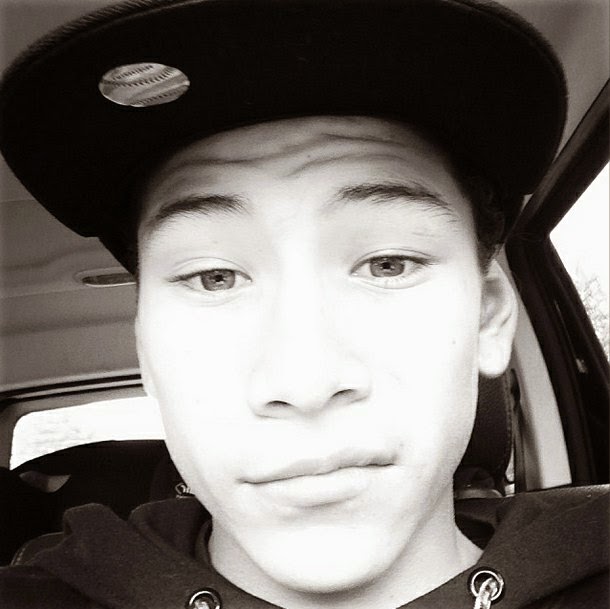 See photos from the chaos that ensued and the full story after the cut... 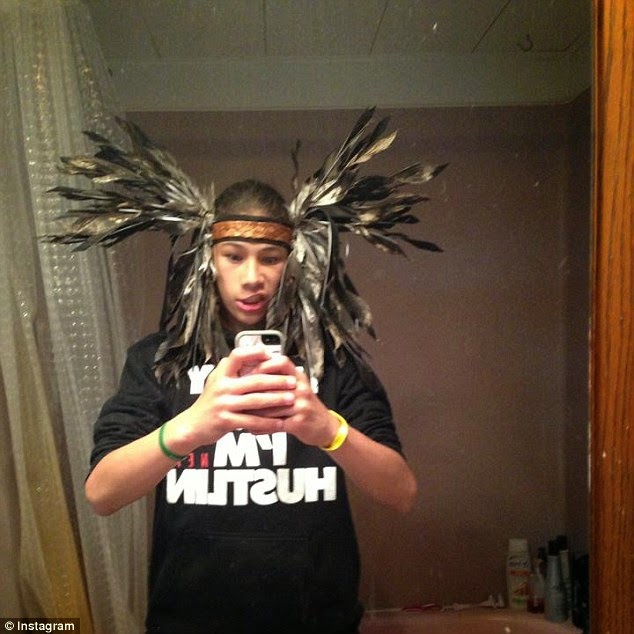 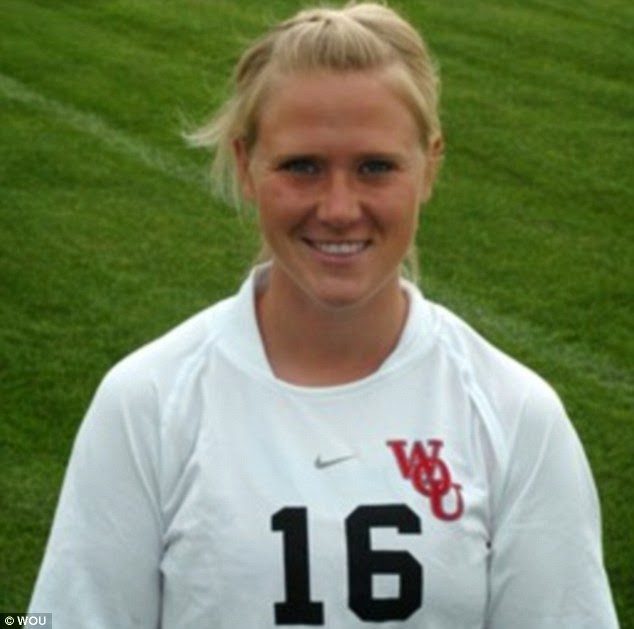 This is the teacher who is said to have heroically accosted a 15-year-old boy as he fired bullets across his high school cafeteria. Megan Silberberger ran into the room after hearing Jaylen Fryberg shoot dead one classmate and critically wound four others.

Students dived for cover and others fled but as the popular teenager stopped to reload his gun, witnesses told KIRO-TV, Silberberger walked over and grabbed his arm.

In a two-second struggle, Fryberg is said to have pointed the gun at her before shooting himself dead.

The shocking account suggests Silberger, a first year social services teacher and part-time soccer player, may have prevented a massacre at the Washington school.

Nonetheless, hundreds of students, teachers and parents piled into a nearby church tonight for a candlelit vigil as the community reels in shock struggling to cope with the tragic loss of life as four teenagers are treated in hospital

Erick Cervantes, the first student who called 911 during the attack, told KIRO-TV: 'I believe [Megan Silberger] is actually the real hero.

'She's the one that intercepted him with the gun. He tried either reloading or tried aiming at her. She tried moving his hand away and he tried shooting and shot himself in the neck. It started off with an argument, but then I looked back and there was just gunshots and just people falling down. She heard the gunshots first and she came in running through the door, right next to it. It wasn't [a] wrestle. She just grabbed his arm, and it lasted like two seconds, and I heard another shot.'

That shot, he says, was the one that killed Fryberg. The shooting at Marysville-Pilchuck High School lasted just two minutes between 10.41am and 10.43am on Friday.

The horrific attack has left the entire community reeling as friends described Fryberg, a member of the Tulalip Native-American tribe, as a 'well-respected, great guy'.

Authorities are now scrambling to determine a possible cause for the shooting as the four survivors fight for their lives in hospital.

Pupils have told news stations Fryberg was suspended from the football team in recent weeks after being involved in a fight over 'racist' comments.

Minutes after the shooting as police came to the school 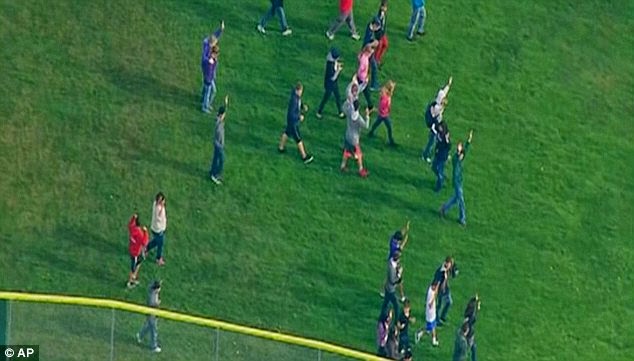 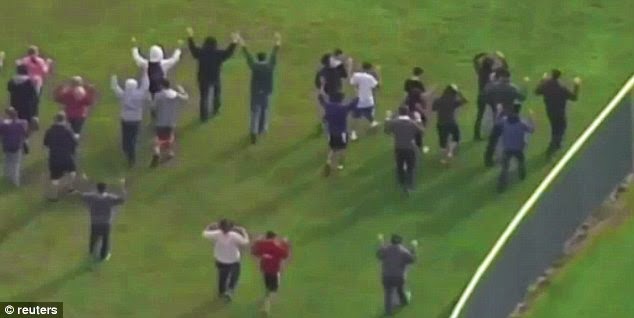 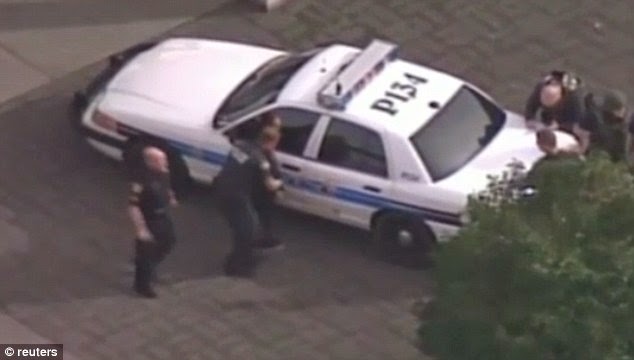 Students mourn after the shooting... 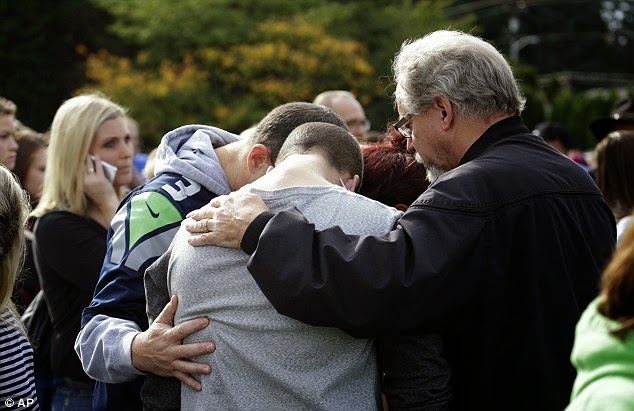 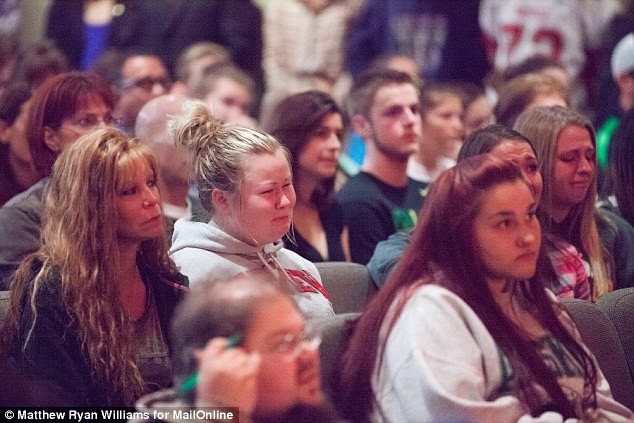 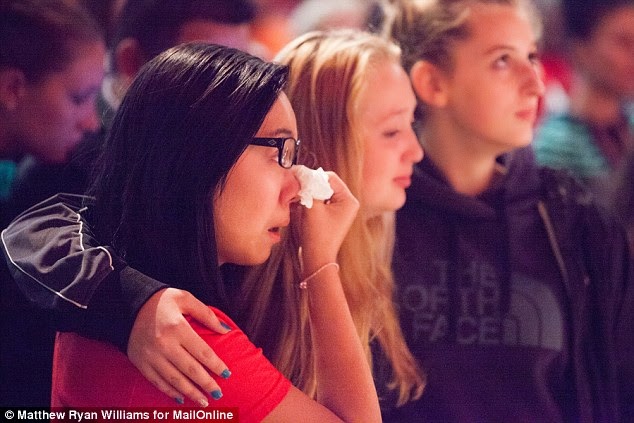 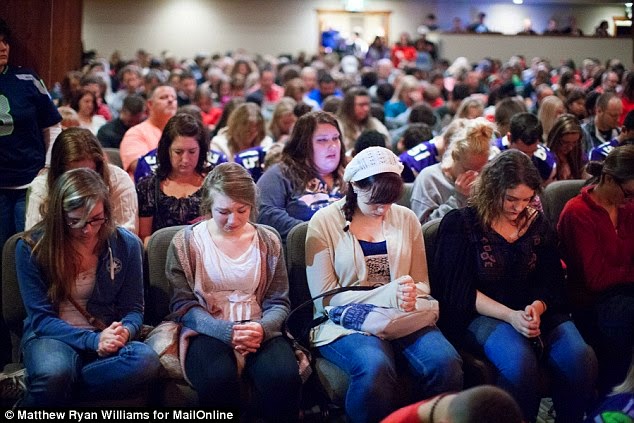 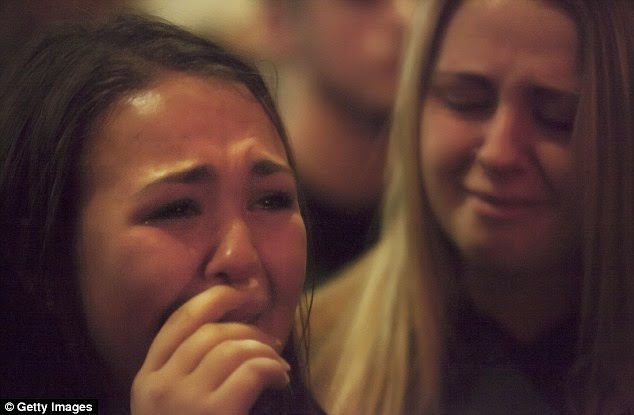 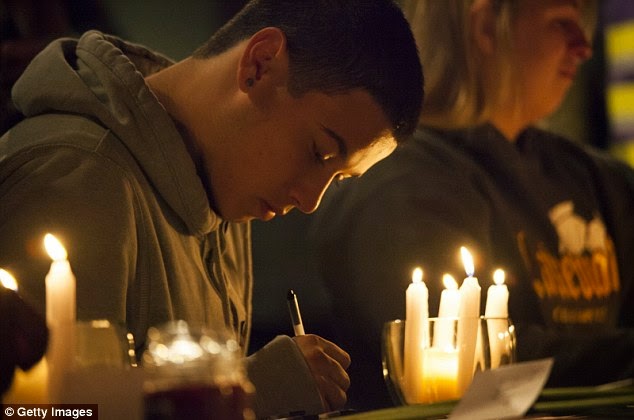 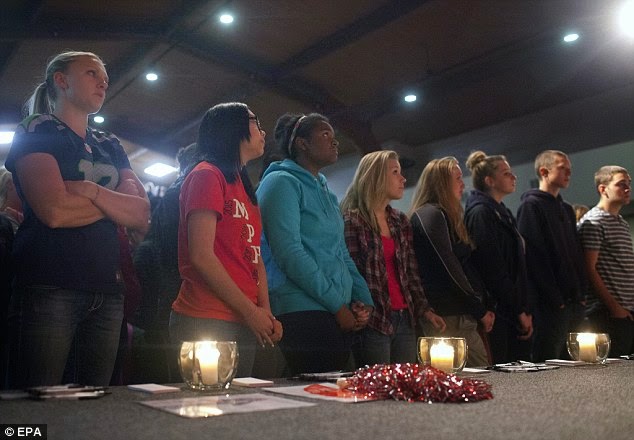 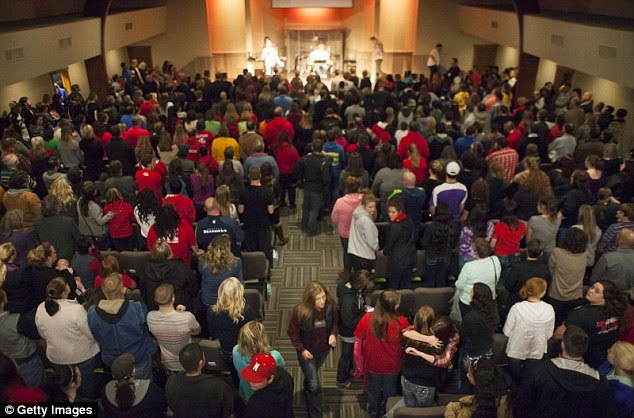 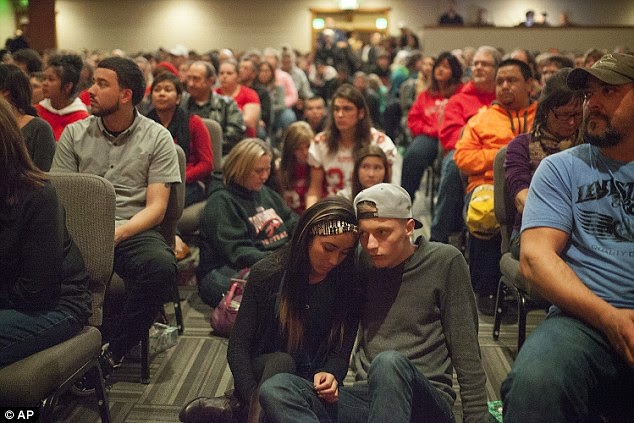 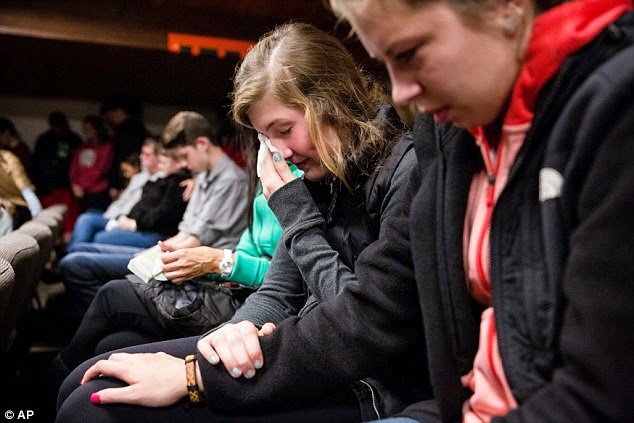 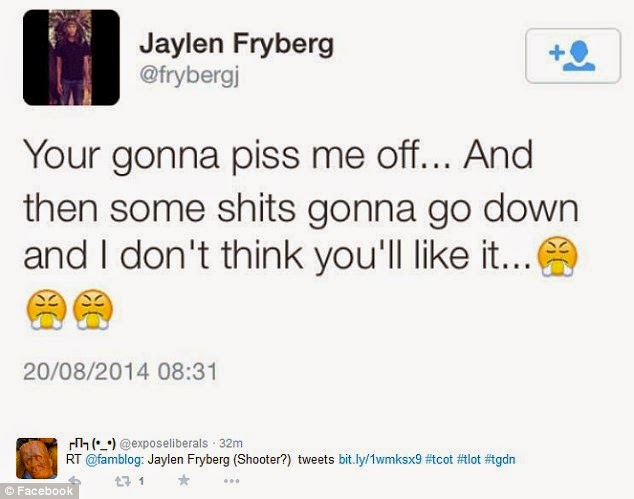