The scary moment a Great White shark trailed surfer Andy Johnston back to shore was captured on camera and only released yesterday, weeks after the incident happened. According to reports, Andy and his friends were surfing at West Beach near Esperance, south-east of Perth Australia, on Sept. 21 when people ashore spotted the shark trailing the surfer. They all started shouting, some honking their car horns to warn Andy, who paddled immediately to escape the shark.

The dramatic moments was captured by Frits De Bruyn, who was on holiday in the city.
"We were at a lookout and we saw a shadow in the water. It became evident it was a shark and everyone started shouting. There was about a dozen surfers and paddle boarders in the water.

He followed him to shore for a bit... he was only a body-length behind him.The surfer went straight back out a few minutes after the shark swam away.' Mr De Bruyn told Daily Mail Australia. See more photos after the cut... 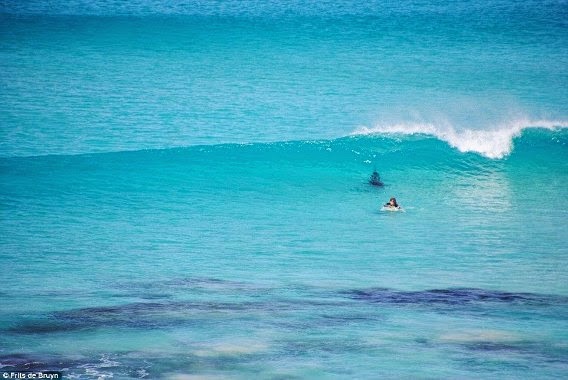 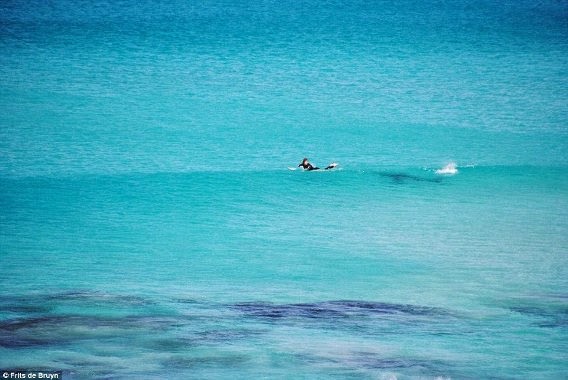 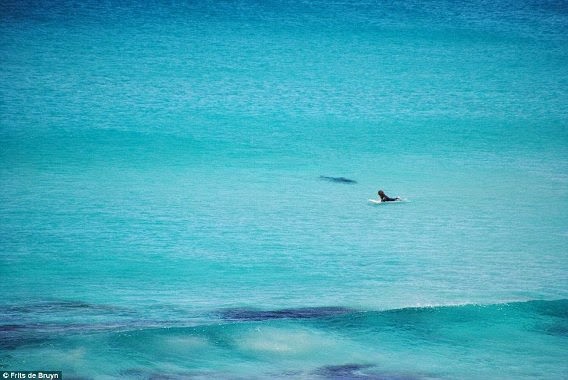 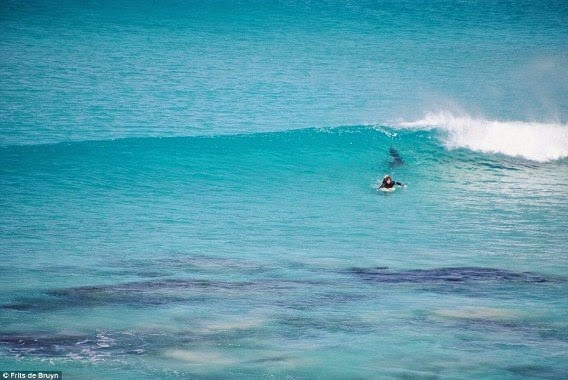