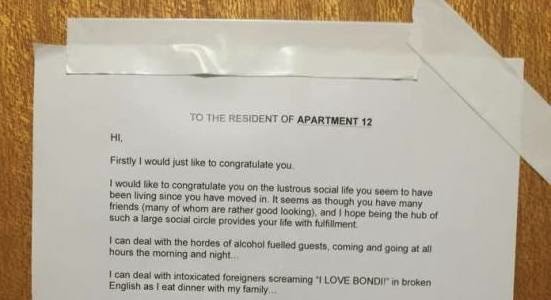 Hilarious! Man pens letter to neighbour, begs them to stop having 'very loud, short & annoying sex'. An angry neighbour who was fed up his neighbour disturbing his peace and sleep with their 'very loud, very short and very annoying sex' confronted them by writing a hilarious letter and pinning it to their front door. The note was posted on Reddit and the poster claimed this happened in Sydney, Australia. See full text below; 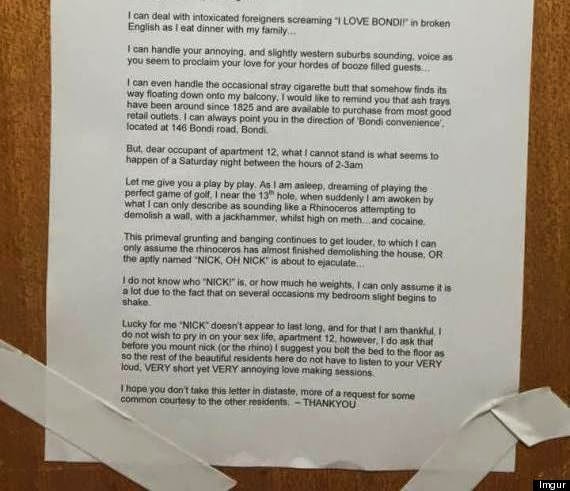 Posted by Buzzcanadalive at 5:30 AM