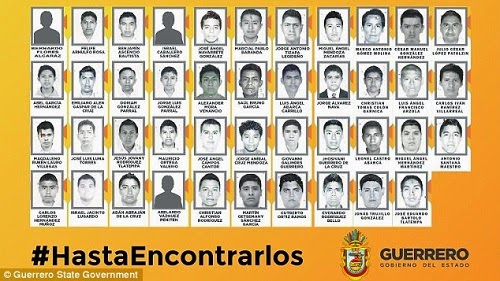 Jose Luis Abarca, who was previously mayor of Iguala, and his wife Maria de los Angeles Pineda have been arrested after suspecting they had a link in the massacre of 43 students who went missing in September, in Mexixo.

Attorney General Jesus Murillo, the legal practitioner handling the matter said yesterday that three detainees have revealed that they set fire to the group - some of whom were still alive - at a rubbish dump near Iguala in the state of Guerrero, close to where the students actually went missing.

More investigations also revealed that the former mayor and his wife who have been on the run before their arrest on Monday actually ordered that the students be killed.

According to reports, Pineda demanded that police arrest the students when they threatened to ruin a party she was having, and once the police had the students they were then handed over to the gang members who then murdered them. Prior to this the police also opened fire on the group, killing several before the bodies were burned.

What's worse, the students had no intention of disrupting Pineda's speech, but were merely travelling through the town on buses they'd hired to take them to Mexico City for a remembrance service in honor of students massacred there in 1968.

There has been and continues to be a massive outcry across Mexico to see that justice is served for this mass murder. So sad. 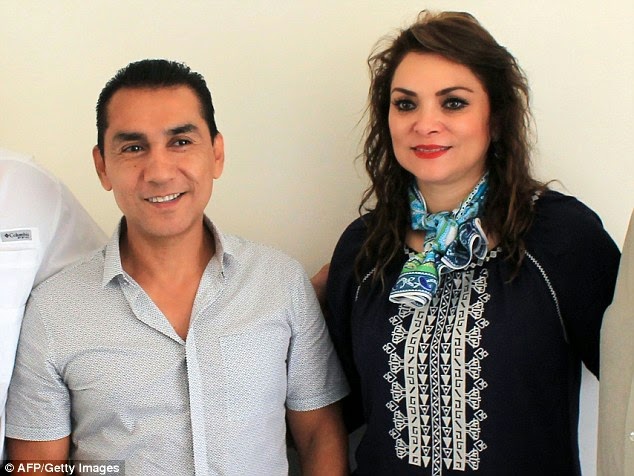 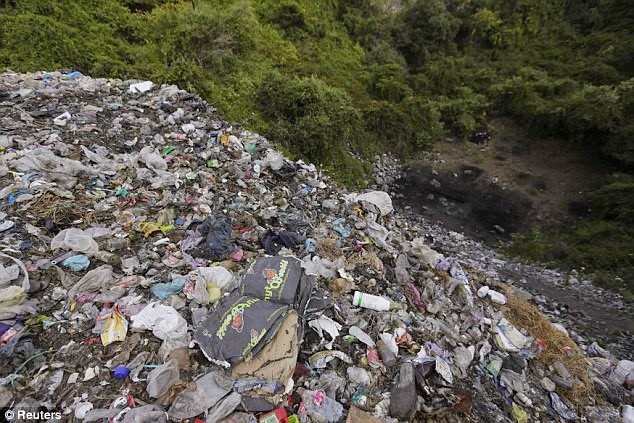 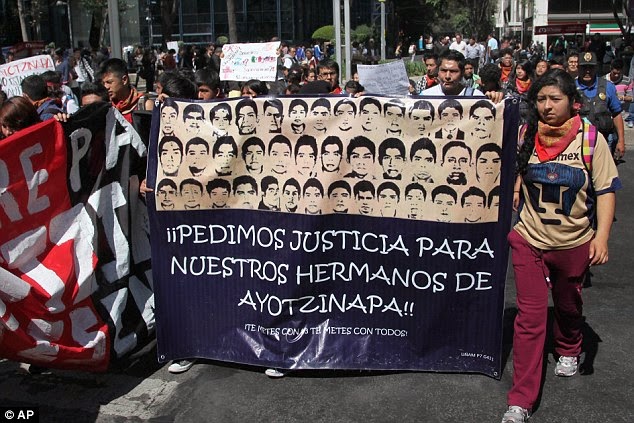 Protesters walk with a sign featuring a photograph of the students
Posted by Buzzcanadalive at 7:30 AM