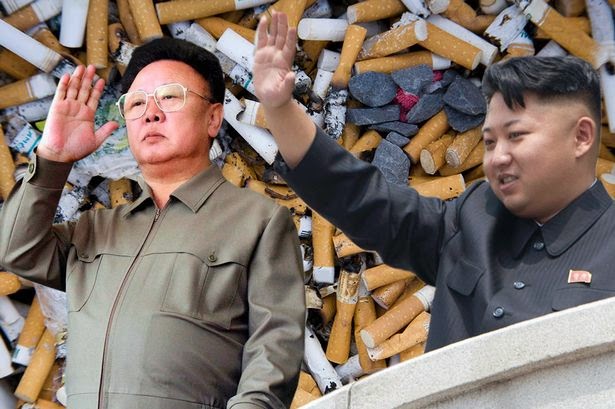 It will be recalled that the ruler became very famous months back when he ordered the killing of his uncle which came as a shock to the world. Here's how mirror.co.uk puts the new report.

The former bodyguard of late North Korean dictator Kim Jong-il has told how the leader sent a senior official to die in a concentration camp - for using his ashtray.

But, incredibly, he says the son of his ex-boss, current Supreme Leader Kim Jong-un, puts his dad to shame when it comes to irrational and barbaric behaviour.


Lee Young-guk, who was paid to protect the now-deceased despot for several years, claims one senior official was sent to perish in a concentration camp merely for using the erratic leader's ashtray and private lift.

He told CNN his training involved 'brainwashing' to make him believe the dictator was a god and that he had been born with the sole purpose of protecting him.

Describing Jong-il, he said: "When he is happy he will give gold bars to people, but when he is not, it doesn't matter how loyal you are, he will kill you in an instant.

"His advisors were too scared to tell him the truth.

"Sometimes they would even run away when they saw him coming and hide in the grass.

"To survive they would flatter him."

But, shockingly, the former security man said he believes Kim Jong Un could be even 'crueler' .

"He ended up killing his uncle, who even Kim Jong-il could not kill," he said.

Young-guk tried to escape the crackpot regime in the 1990s and ended up in a political camp. He was eventually able to flee to the West later.
Posted by Buzzcanadalive at 11:00 AM