Rihanna gets open and candid with Elle US magazine in an interview that the magazine is tagging ‘Rihanna like You’ve Never Seen (Or Heard) before”, for their December 2014 issue.

Apart from going topless in a few shots, Rihanna opens up to the magazine about her ongoing project, peeling back creative layers and pushing boundaries.

According to Elle, “Here’s music’s most massive star as we’ve never seen before—all dressed up in fall couture, but boldly stripped down. Introducing the real Rihanna: strong, uncompromising, and radically beautiful.”

Read excerpts from her feature below!

What do people misunderstand about you?
I’m shy.

What’s the sexiest thing a man has ever said to you?
Any man that tells me what to do is sexy! 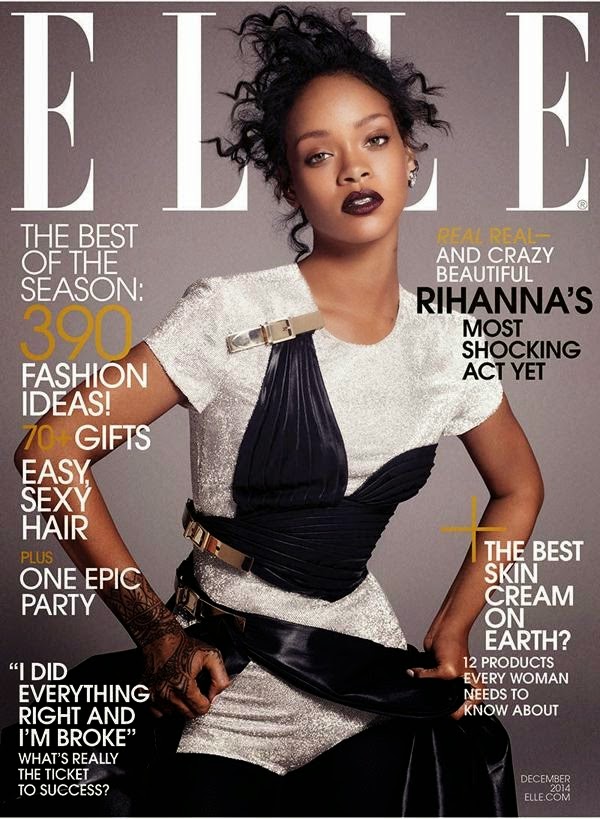 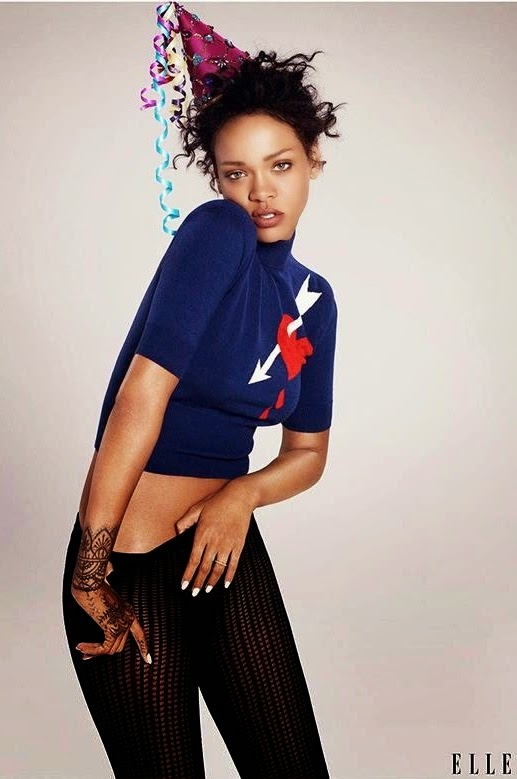 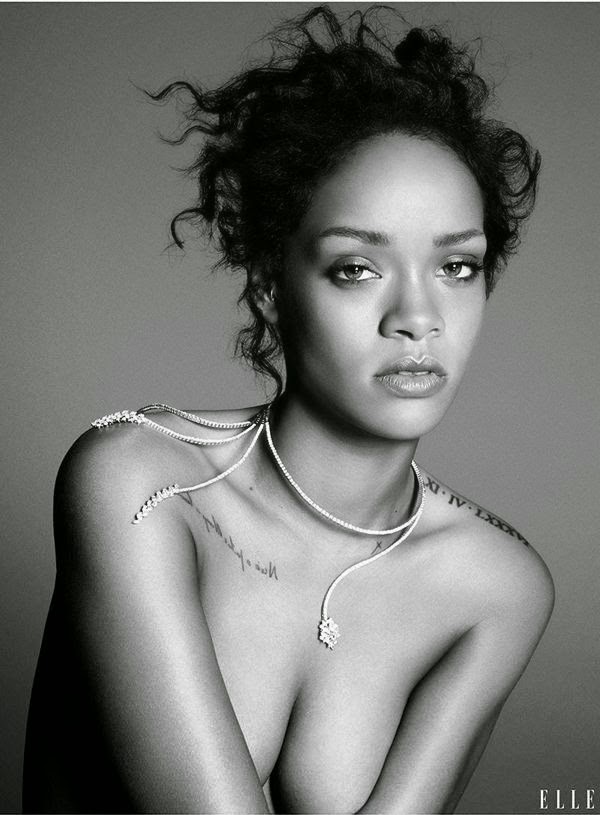 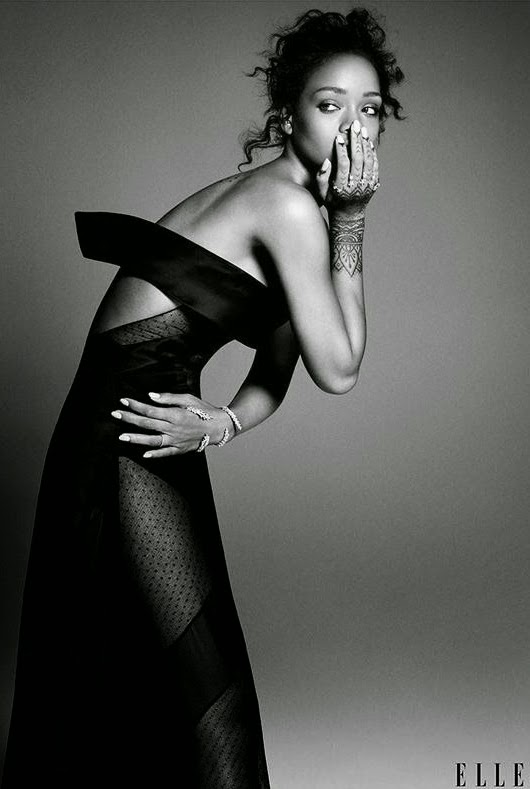 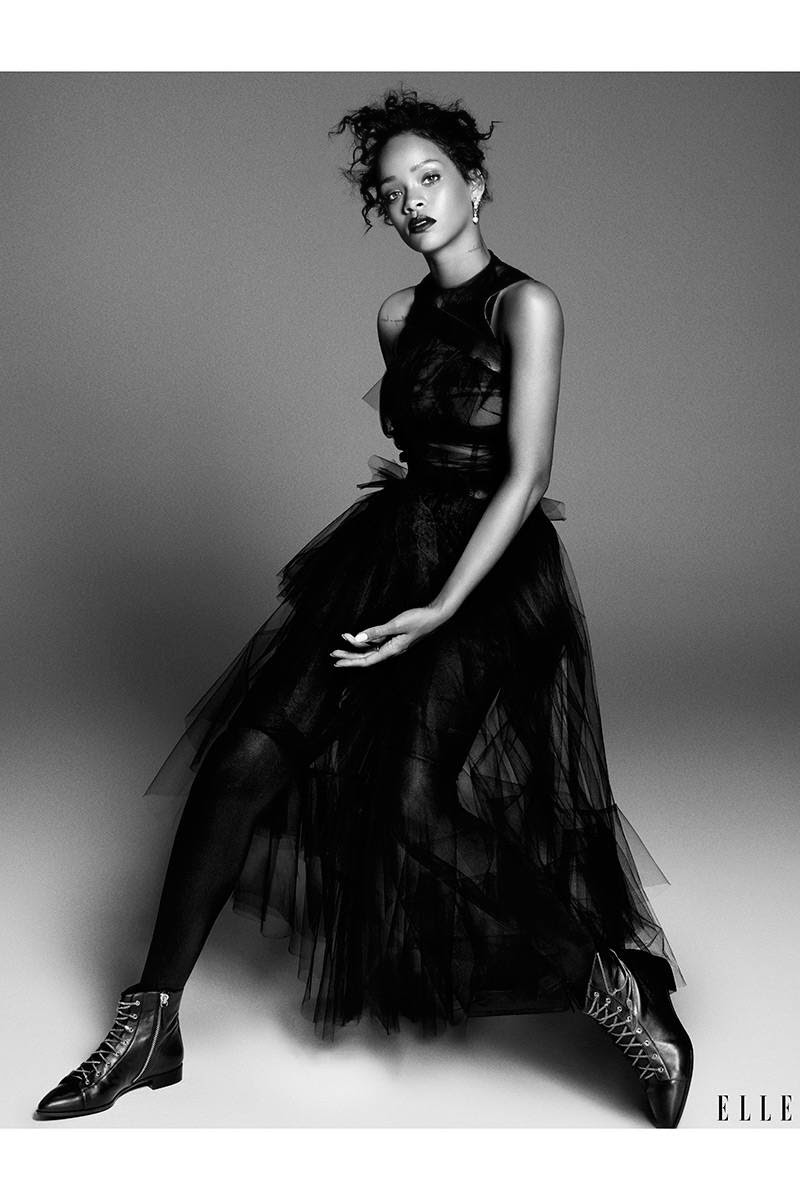 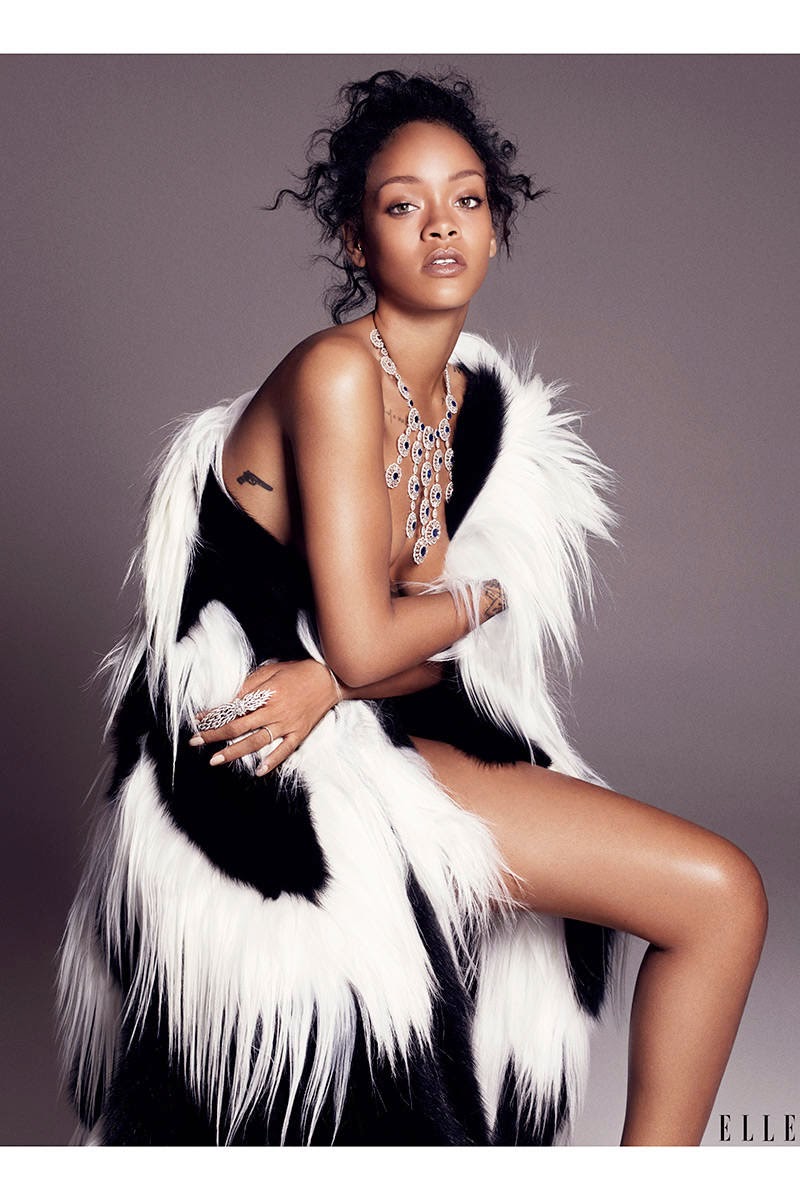 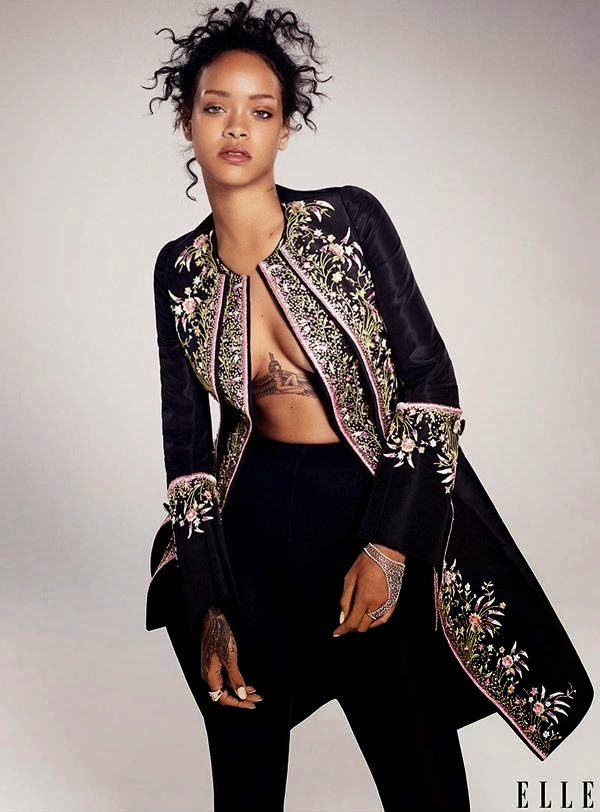 If you weren’t a singer, what would you be?
A wife.

The last time you were starstruck?
When I met Aaron Paul at the Spike awards.

The best hangover cure?
Ice, Chinese food! And an upside-down trash can and towels, preferably next to the toilet.

If you were a piece of jewelry, what would it be?
I’d be a choker!