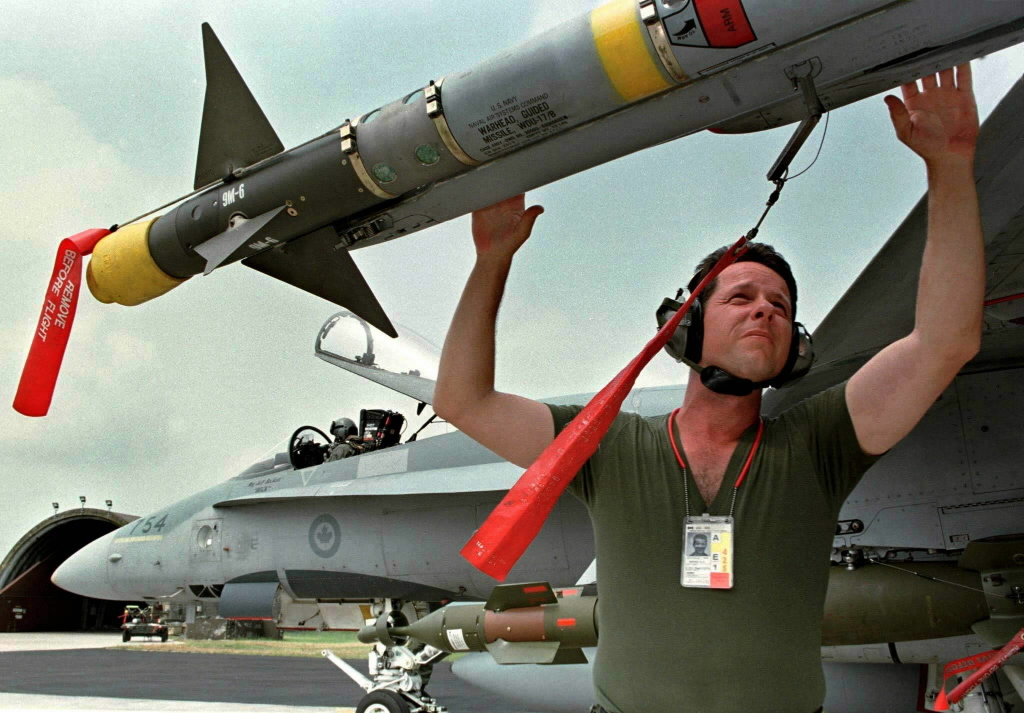 The first strikes of Canada's air war over Iraq appear to have been aimed at construction equipment belonging to the Islamic State of Iraq and the Levant.

Although the military has been silent about what targets were bombed by two CF-18s during Canada's first air raids of the war, the U.S. command overseeing operations in the Gulf region released a list of the weekend bombing missions.

The only official Canadian acknowledgment came from Defence Minister Rob Nicholson, who said Sunday's attacks took place in the area of Fallujah, a militant stronghold about 71 kilometres west of Baghdad.

Nicholson wouldn't release details, but said more information would be forthcoming at an Ottawa briefing on Tuesday — 48 hours after the mission.

It is unclear whether Canadians carried out all of the strikes in the vicinity of Fallujah or if aircraft from other coalition nations were involved.


No one at the Canadian task force headquarters was immediately available for comment Monday night.

The Iraqi government lost control of Fallujah in early January after local police were unable to hold back Islamic State fighters in the aftermath of the withdrawal of army units from Anbar province.

An offensive to retake the key region, which was the scene of some of the heaviest fighting during the U.S. occupation, began in late September.

The battle, which has involved tanks and armoured vehicles, has ebbed and flowed throughout October. There were reports in local media last week that as many as 400 ISIL fighters had massed in the area, which has been repeatedly bombed by coalition aircraft.

The construction equipment might have been used for constructing defensive positions for militants.

A total of six CF-18 jet fighters, two CP-140 Aurora surveillance planes and one C-150 refuelling jet are operating out of airfields at an undisclosed location in Kuwait.

The warplanes receive their strike orders and targets from the U.S.-led coalition and join aircraft from a number of different countries, including the U.S., Britain, Australia and several Gulf states.

The Canadian contribution to the air campaign is mandated to last six months, but is likely to be extended.
Posted by Buzzcanadalive at 12:30 PM