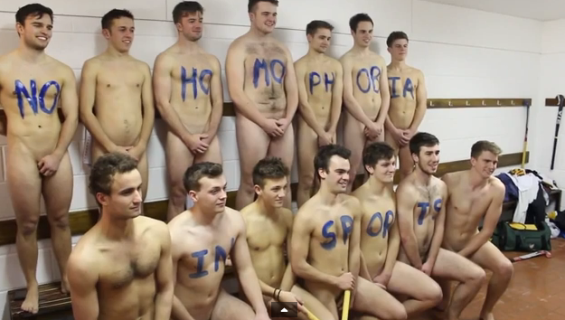 17 members of the University of Nottingham hockey team stripped naked to fight homophobia in sports. The team were filmed playing hockey naked, and then talking about discrimination against gays in sports in a video released last week.

The team did the video in collaboration with Voice Your Rights Project, a student group in their school whose mission is for all people "to live in a society in which every person is respected and treated as equals."
VYRP said they came up with the idea for the guys to strip naked because they knew that would get them more attention. 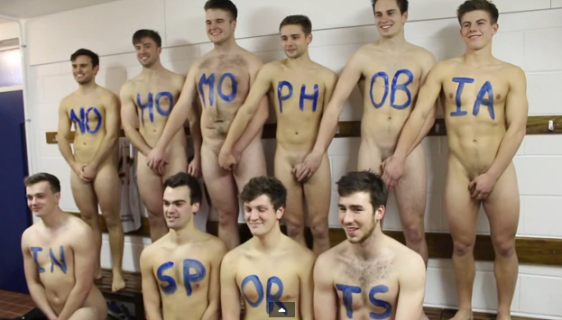 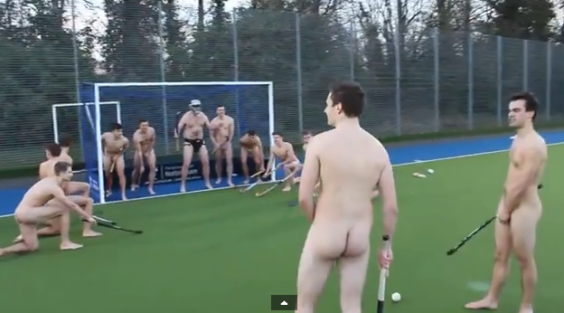