Hilarious! Boyfriend made to wear 'I hate girls' T-shirt by jealous GF 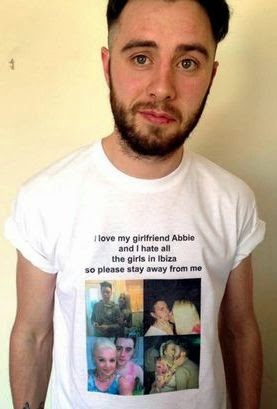 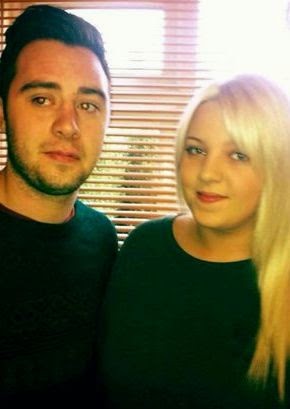 A jealous girlfriend, whose boyfriend was traveling with his friends to Ibiza for a weekend getaway made him wear a T.shirt that will make other girls know he's taken. Abbie Bartlett designed the funny T.shirt with pictures of her and her boyfriend Leon Connelly plastered all over it with the words;

"I love my girlfriend Abbie, I hate the girls in Ibiza, so please stay away from me’.

20-year-old Abbie said when she printed the T.shirts, her 24 year old boyfriend thought it was funny and agreed to wear it

“He saw the funny side of it because it is really just a joke, he and I have a really similar sense of humour,” she said. 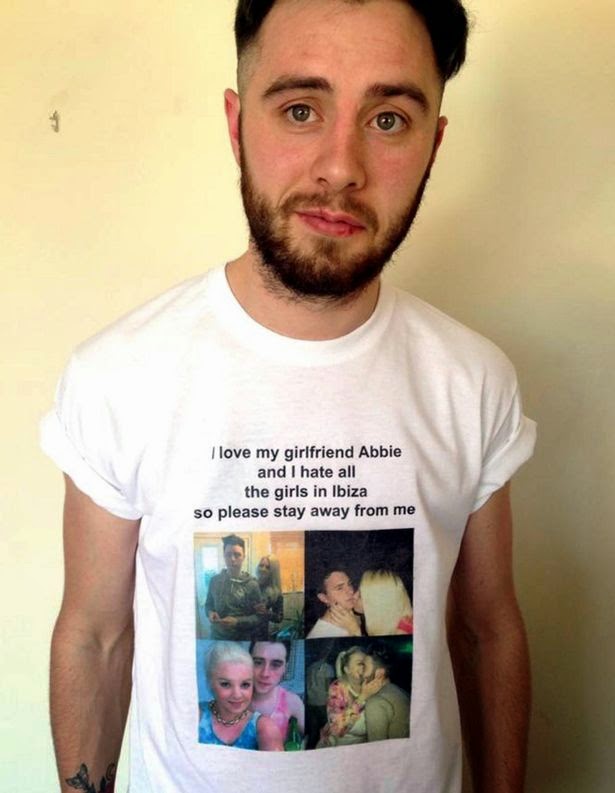 "Leon wasn’t expecting it, I had mentioned that I would make him a t-shirt but didn’t think I actually would. He ended up laughing about it and even posed for pictures wearing it.”

When Leon left for the airport Abbie posted the picture online and it has attracted over one million likes on Facebook. Abbie, a criminology student at Northumbria University, said:

“Leon said he definitely will wear it in Ibiza now because he’s practically famous, but I think it might have the opposite effect. Now that everyone has seen it online I think it might just attract loads of girls.

“At first I thought is she serious? She wanted me to wear it to all the big clubs like Pacha etc. But now I get that it’s a joke I’m happy enough to go along with it, that’s just how our relationship is it’s just silly. People have been saying that wearing the t-shirt might attract girls, some girls will definitely take it as some sort off challenge. I just have to laugh about it, Abbie is the only girl for me and we both know that!”