OMG! Dad kills his 5 young children and dumped them in bin bags at side of road 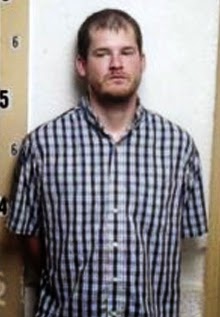 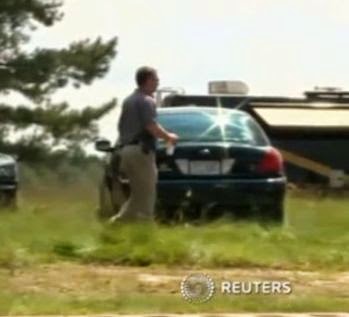 A 32 year old father of five, Timothy Ray Jones (pictured left) has admitted to killing all five of his children and dumping their bodies in rubbish bags at the side of a road. He led police to the scene (pictured right) where they found bodies of all five of the children stuffed into bin bags near a logging road, 50 miles away in Alabama, Reuters reports.

The children, aged 8 between 8 and 2 were reported missing from their home in South Carolina on Monday September 8th by their mother, who was divorced from the man who killed them. Can you guys believe this?

Jones was divorced from his wife but had joint custody of the children with her. He was even their primary legal custodian. Jones has so far not revealed why he killed his children.
Posted by Buzzcanadalive at 5:00 PM