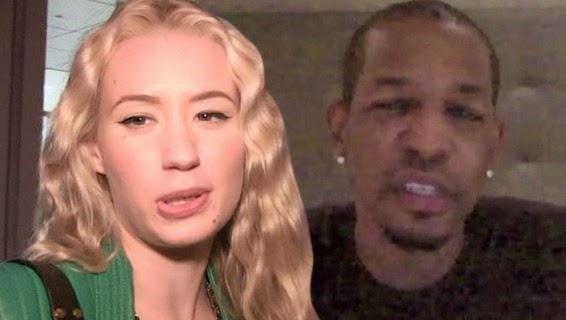 Iggy Azalea's former boyfriend/manager who is shopping their sex tape now claims the rapper signed her rights away to him, giving him legal authority to market the tape.

According to TMZ, the ex, Hefe Wine (pictured right) said Iggy signed a lengthy agreement with him in 2009 which gives him exclusive rights to 'manufacture, sell, distribute and advertise 'any' recording embodying visual images. And TMZ has obtained the document. Continue to see the document...

Iggy signed the contract to cut records and music videos, but Wine believes all he has to do is put a music bed under the sex tape which he claims would then give him exclusive rights to sell it.

In other words, he believes Iggy has no legal ability to block a sex tape if he wants to sell it.

What's more ... the contract provides that Wine has the legal right to create, host and maintain a website to market Iggy's works, so he believes he could create a website which would host the video