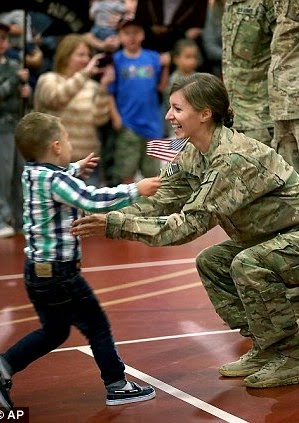 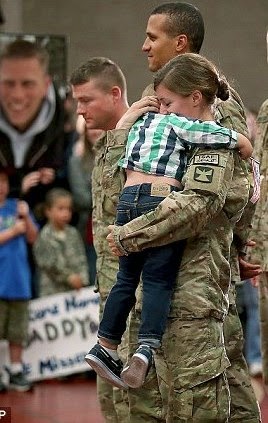 This is the adorable moment a 3 year old boy ran into the arms of his mother after not seeing her for months as she and other soldiers stood in line waiting to finally be dismissed so they could re-unite with their families after serving in Afghanistan for 9 months.

As soldiers stood in line, 3 year old Cooper Waldvogel ignored the strict military protocol, ran up to the troops and into his mother's arms, who was so happy to scoop him up. Other soldiers tried to keep straight faces because they'd been ordered not to interact with family members as they stood in line, but they later said it was the most adorable thing they'd ever seen. 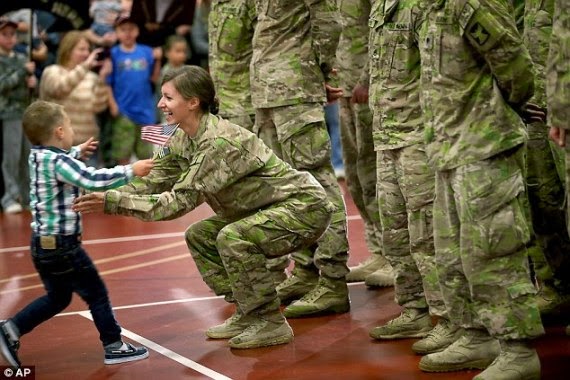 See the photos below 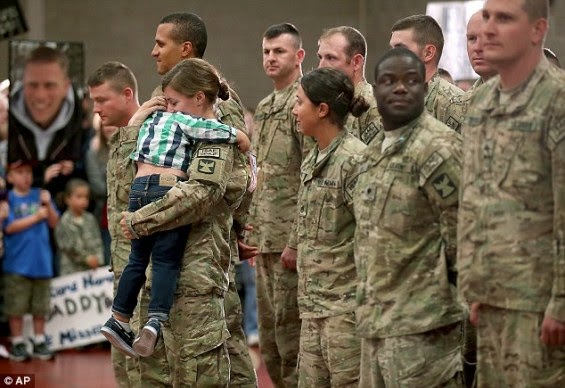 25 year old Kathryn Waldvogel,  a member of the National Guard, told USA Today;
"I was longing to hold him, that's all I thought about. It just melts my heart'. 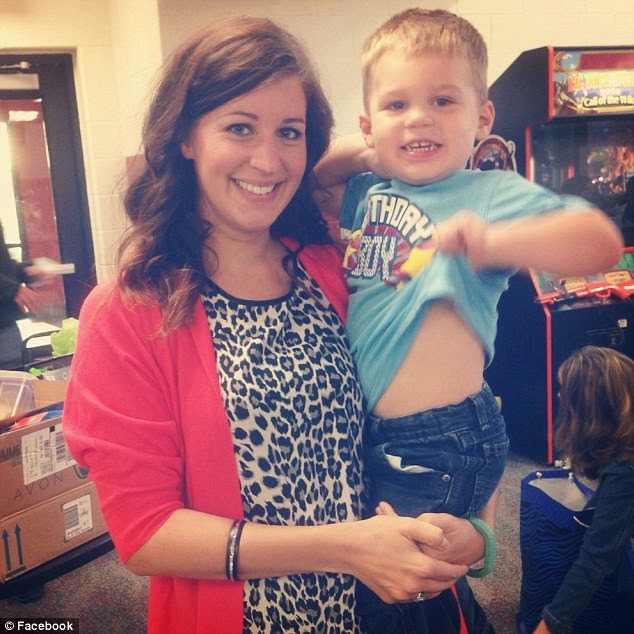 Posted by Buzzcanadalive at 5:00 AM