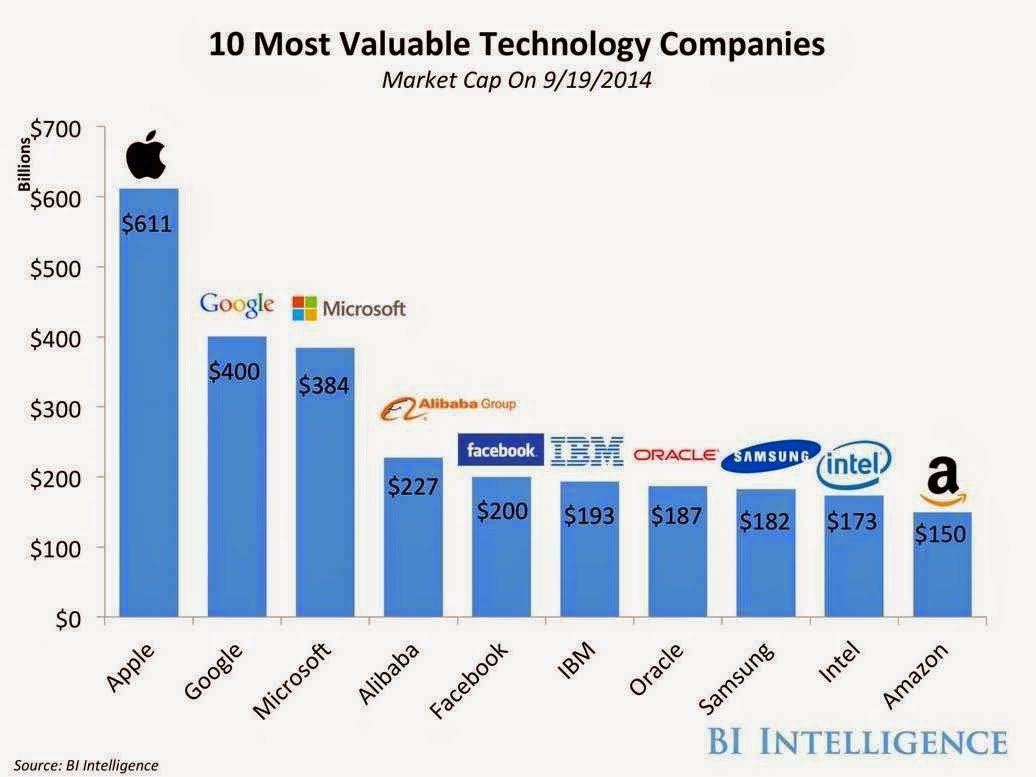 Alibaba, the e-commerce giant out of China, made its Wall Street debut on Friday. It was the biggest initial public offering of all time.


Alibaba raised a whopping $29.7 billion for its IPO, easily topping the previous record holder, Visa, which raised $17.9 billion in 2008.
The IPO was initially priced at $68 per share with a market value of $168 billion. But shares began trading Friday morning at $92.70, up 36% from the initial IPO price, to achieve a market cap well over $228 billion.


Thanks to its tremendous market entrance, Alibaba is officially one of the most valuable technology companies in the world.

With its $228 billion valuation, Alibaba is in the fourth-place spot in the top 10 most valuable tech companies. The most valuable company, with its $611 billion valuation, is Apple, the maker of iPhones and iPads. In the second-place spot is Google with a $400 billion valuation, and Microsoft is not far behind with a $384 billion valuation.
Though Apple is 2.6x more valuable than Alibaba, Jack Ma’s e-commerce giant is still more valuable than several other tech giants, including Facebook, IBM, Oracle, Samsung, Intel, and Amazon — in that order. Considering Alibaba is most often compared to Amazon, this is quite an achievement:
Amazon had a five-year head start on Alibaba, and Jeff Bezos' online retail company also employs 3.7x more people than Ma’s company.
Business Intelligence
Posted by Buzzcanadalive at 7:00 AM