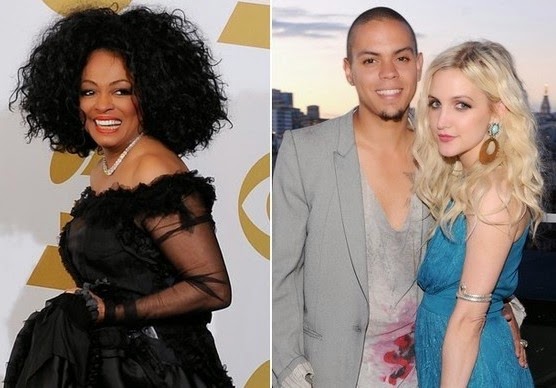 Legendary singer Diana Ross is worth over $500m and she'll do anything to protect it. Her youngest son, Evan Ross, 26, married Ashley Simpson, 29, on Aug. 30th and according to reports, Evan had been planning to marry Ashley without a pre-nup...that's until his mother heard about his plans..

According to insiders, the legendary singer had her lawyers draw up a prenuptial agreement that was more than 300 pages long in order to protect her estimated $500 million net worth. “If Ashlee didn’t sign that document, the wedding was never going to happen,” says a source. “She’s far from poor, but her money pales in comparison to what Evan will inherit one day.”

While the actor didn’t want a prenup, Diana, 70, who’s been married twice before, refused to take a chance.