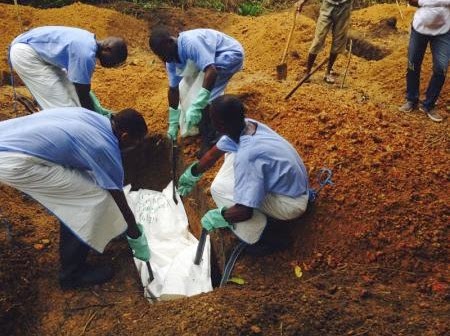 The death toll from the worst Ebola outbreak in history has risen to at least 2,296 out of 4,293 cases in five West African countries, the World Health Organization said today Tuesday September 9th.

The death toll, according to WHO, jumped by almost 200 in a single day and the figure was as of September 6th. WHO also said it did not have new figures for Liberia, the worst-affected country so far, suggesting the real number is higher than 2,296

"We know that the numbers are under-estimated. We are currently working to estimate the under-estimation. It’s a war against this virus. It’s a very difficult war. What we try now is to win some battles at least in some places.” director of WHO’s department of pandemic and epidemic diseases, Sylvie Briand, said today in Geneva