For The First Time John Travolta Responds To Gay Rumours 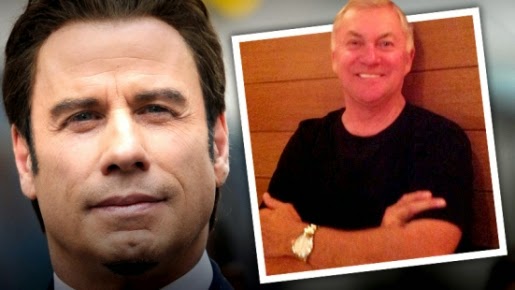 John Travolta addresses ex-pilot gay sex claims for the first time . Earlier this year, a former employee of Hollywood actor John Travolta, Douglas Gotterba, claimed the two had been in a sexual relationship when he worked for Travolta's aviation company during the 80s.

In July, the pilot, who worked for Travolta, 60, from 1981 until 1987, threatened to spill the details of their affair in a book but Travolta's lawyers took him to court to stop him from writing the book, saying he was bound by a confidentiality agreement covering his employment with the actor. The two are currently in court.

Speaking about the gay sex claims for the first, the married father of two told The Daily Beast;

"This is every celebrity's Achilles heel. It's just about people wanting money. That's all. It happens on many levels. Also, I don't care that much about it. Other people may attack it back more than I do, but I let all the media stuff go a long time ago because I can't control it. I think that's why it persists, to some degree." 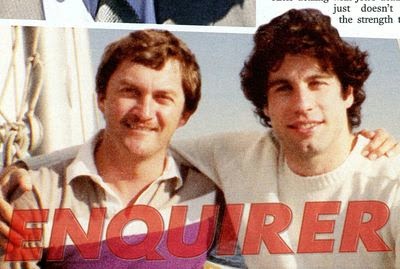 When asked if he finds it offensive, the actor replied:

"I found it most offensive with the loss of my son. I felt like that was the lowest I’d ever felt. Sex stuff is always going to be interesting to somebody, but you stay away from family. You really should. With that, I always felt like the media - not all of the media, but parts of it - went too low there."

Two years ago, Gotterba’s ex-boyfriend Robert Britz, who the pilot dated after his time with Travolta, dished details of Gotterba’s Travolta-related revelations to the ENQUIRER.

"Doug told me right at the beginning of our relationship that he’d had a homosexual relationship with John Travolta in the 1980s. Doug said John was constantly grabbing at his genital area, but he put up with John’s sexual advances because working for him was ‘lucrative’ … after a few years, Doug grew apart from John sexually, and John’s advances eventually started to repulse him. The relationship ended shortly thereafter.” Britz claimed