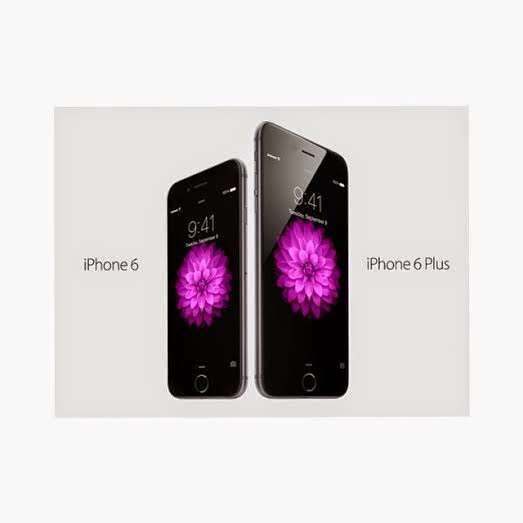 Apple  unveils new iphone on Tuesday and the first change is the size. The iPhone 6 will have a 4.7-inch screen, while the iPhone 6 Plus will be 5.5 inches. The screen resolution on the Plus version will be sharper than previous iPhones, at 401 pixels per inch rather than 326.

With the larger screen comes a new horizontal view of the home screen. Usually, icons are stacked vertically, even when the phone is turned horizontally. App developers will also have new tools to rearrange their content to take advantage of that larger screen.

The new phones aren't as big as Samsung's latest flagship phones — 5.1 inches for the Galaxy S5 and 5.7 inches for the Note 4 — but they will be large enough to neutralize a key advantage Samsung and other Android manufacturers have had.

Notably, Samsung's Note phone isn't getting bigger this year. Last year's Note 3 was 5.7 inches. Instead, Samsung is emphasizing other hardware features, such as a sharper screen. It's also releasing a model with a curved edge to display weather, time and other information on the side of the phone.
Apple says the new phones will be faster and have better battery life than previous versions. The phones will also have a new sensor, the barometer, to estimate how much you've climbed stairs, not just how far you've walked or run.

The resolution on the camera is staying at 8 megapixels, while rival Android and Windows phones have been boosting that. The S5, for instance, is at 16 megapixels. However, the megapixel count is only one factor in what makes a good photo. Apple says it is putting in new sensors for better shots.
Apple is also improving a slow-motion video feature by allowing even slower shots. The camera will be able to take 240 frames per second, double what's in last year's iPhone 5s. Normally, video is at 60 frames per second.