OMG! Boy has chopstick removed from brain after shoving it up his nose 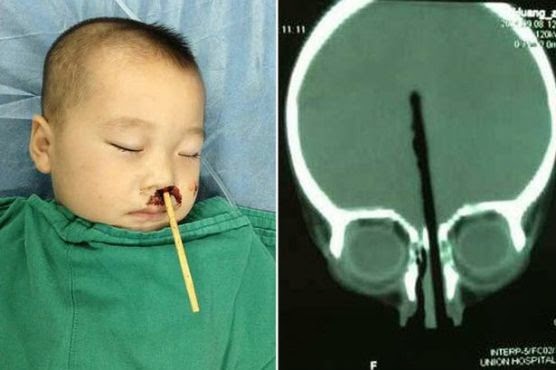 A 2 year old Chinese boy named Huang Zicheng had to have a chopstick removed from deep within his brain after he accidentally shoved it up his nose. The chopstick penetrated three inches into his brain and doctors who spent four hours carefully taking it out of the little boy's skull said if it had gone any further, it would have caused brain injury.

Thankfully, the chopstick did not damage any major nerves and arteries and Huang expected to make a full recovery. 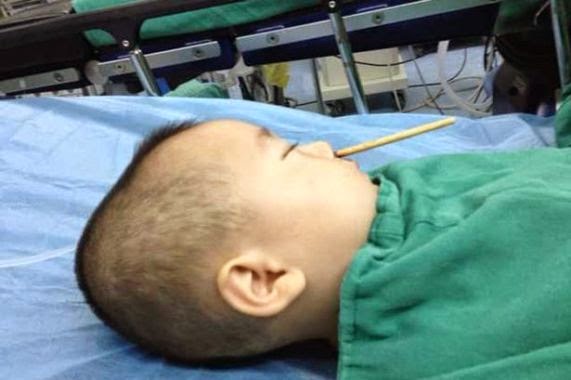 Speaking about the incident, the father told a Chinese newspaper that he knew his child was in trouble when he screamed like he'd never screamed before

"I turned around and was shocked to find that the long stick had gone into his head from his nose.” 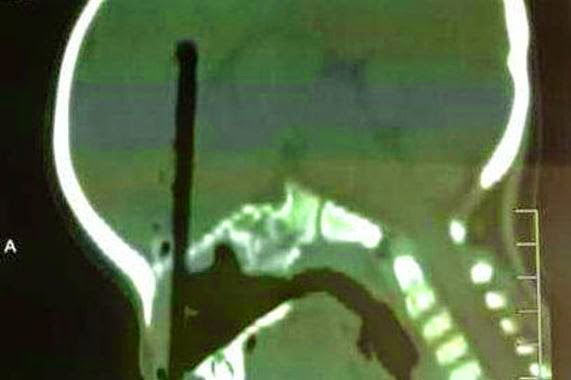 Posted by Buzzcanadalive at 2:00 PM