Oscar Pistorius Ex-GF on How He Terrorised Her: 'I hid gun because I feared he'd kill me' 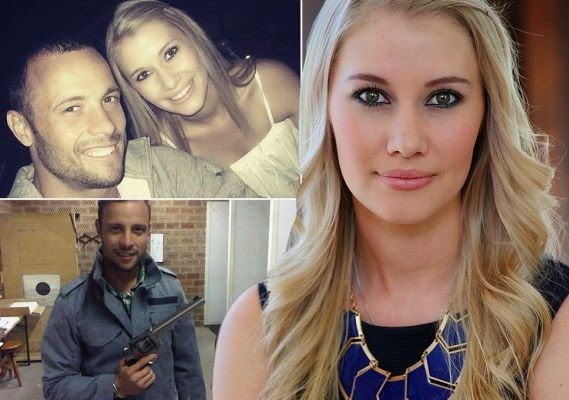 Oscar Pistorius’s former girlfriend has spoken of her ­terrifying ­relationship with the 'angry and possessive' Paralympian.

20 year old Samantha Taylor (pictured above) said she feared he would kill her and revealed she once hid his gun after he flew into a rage at her.

Oscar was cleared of killing his girlfriend Reeva Steenkamp yesterday, but Samantha said: “It could have been me.”

Samantha said she was left with bruises and scars after the Blade Runner bit and pinched her, but she was also tortured mentally by him during the 18-month relationship. 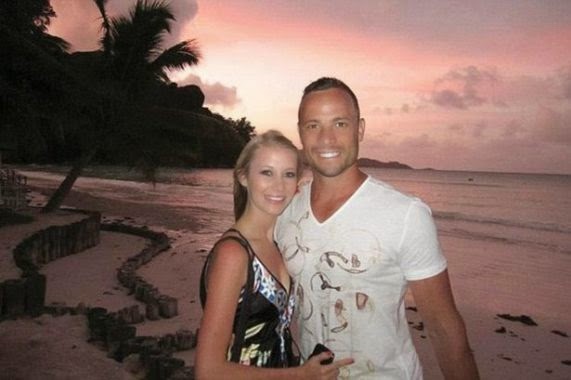 Samantha and Oscar
She said:

“Oscar used to lock me in his house and then go out. I had no food, I couldn’t get out. It was dangerous. He often went out saying he will just be an hour or so and ended up out all day or night. I wouldn’t hear from him all night and his phone would be off. He would say he’s going out for an hour and the next day, three in the morning, he would drive home.”

She also described how he once left her paralysed with fear when he used his beloved Porsche as a weapon, driving her at up to 200mph to “punish” her.

Pistorius shot Reeva, 29, on Valentine’s Day 2013. And since that moment, Samantha has had nightmares. 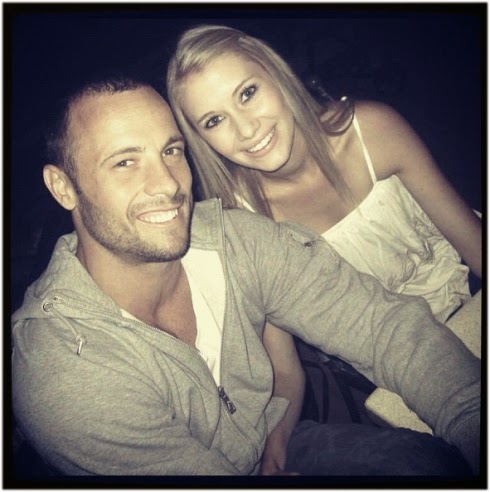 “What happened to Reeva Steenkamp could so easily have happened to me. I definitely think that could have been me – without a doubt – many, many, many times.”

Samantha first met Pistorius in 2010 when she was 16 and he was 23 at a rugby match, but they did not start dating for another year.

Speaking of one ordeal, she said:

“He gets so mad, so angry he can’t even speak. He was trying to string his words together, spitting, shouting, grabbing. It was horrible. He used to bite me a lot, pinch me in anger and in fun. I had bruises and scars. It was painful.” 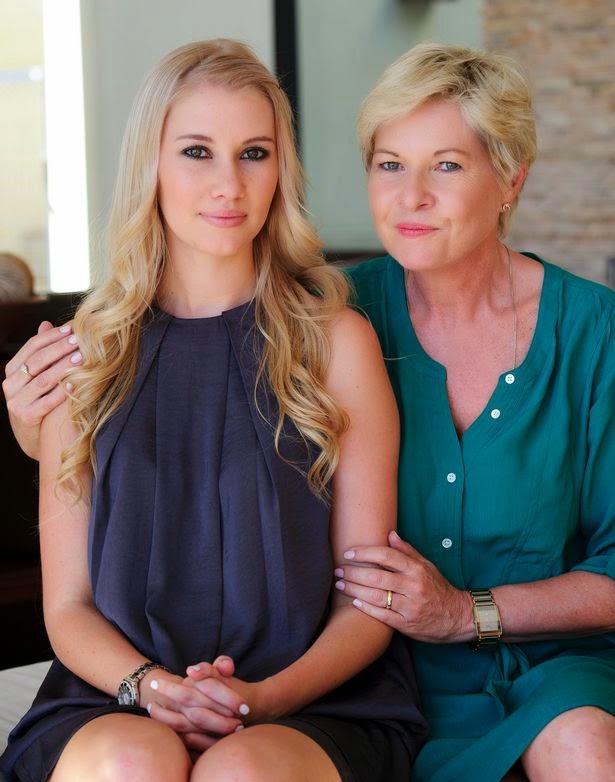 Sam and her mum

Another time the couple rowed when he accused her of sticking up for one of her ex-boyfriends.
She said:

“I was really scared. He made me stand on the stairs and shouted at me. It was like I was on the naughty step.”

But one night, things got so bad she thought he was going to shoot her at his home in Pretoria, South Africa, with the gun he would later turn on Reeva.
Samantha said:

“I had to hide his gun, I was so scared of him. We had friends over for dinner, at his house and we’d all had a little to drink but I think he was going for one that night.

“He was on the hard liquor. He moved all the couches and set the floor on fire and danced around it. It was a marble floor and he used alcohol to light it on fire. He slipped and he chipped his tooth.

“But because he was so drunk he thought I’d beaten him up. He started screaming at me. He was looking for his gun. He was saying I was a bitch because I beat him up. ‘What kind of person are you? You bitch.’ I felt threatened. Both of us went upstairs to bed and I was walking a bit in front of him."

"When I got to the room I hid his gun, because I really did think he’d use it. I hid it under the bed knowing he wouldn’t look there. He kept that gun, the one used on Reeva, on his table or by his prosthetic legs on the floor.

"He slept on the right near the windows and he never kept that gun under the bed, like he claimed in his statement.

"He kept telling me I was a bitch because his lip was cut, but I think he realised things had gone too far.” The next day the couple went to a wedding.

She said: “We rushed and he didn’t realise he had left his gun at home and he said to me ‘Oh my word, where’s my gun?’ I told him why I had hidden it.

"He didn’t apologise but didn’t want to acknowledge what had happened.” 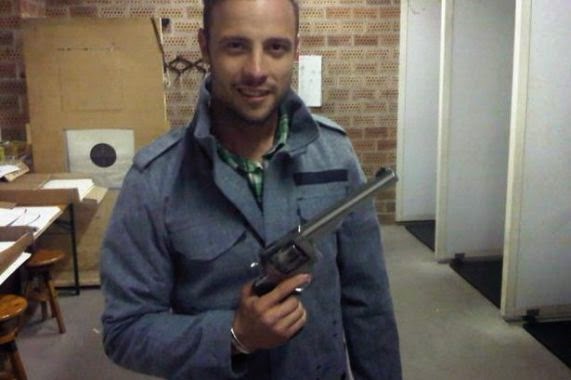 Pistorius would vanish for nights of boozing, partying and chatting up impressionable women.
But when the couple were apart for longer periods, like when Oscar had athletics events abroad, his jealousy erupted.

“His jealousy was very tough. He’d phone my mum and dad 10 times a day to find out where I was. In one month I received around 700 calls. It was excessive. If I hadn’t replied to messages within 30 seconds I was doing something wrong.” 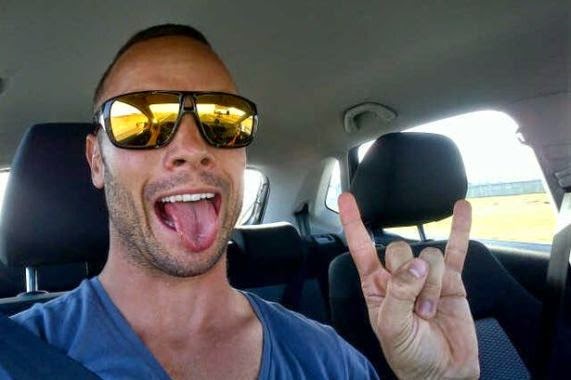 Miming taking a selfie, she explained:

“I had to show him photos ‘look at me in my pyjamas – I’m not out! Look I’m watching TV, sitting with my brother.’ He’s a very insecure man. He’d call at all hours. I was scared of him at times because he had very bad anger issues. He was so possessive, he would look through my phone and find a photo from long ago or look on my Facebook, and often get quite angry.

“It was horrible, when you are in a relationship you want someone to trust you. He never allowed me to wear make-up and would make me take my belly ring out.

"If we were going out he would just give me a few minutes so I would not have time to get ready. He didn’t like me dressing up and other men looking at me.”

Samantha said everywhere Pistorius went his gun went with him – tucked in his “pants”. She also struggled to keep up with his rapidly changing personality – switching from sweet and charming to sobbing and suicidal. 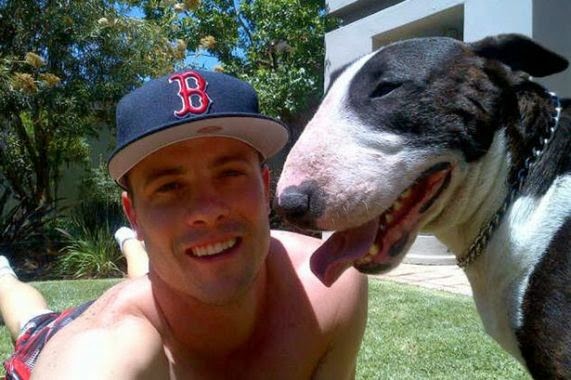 “He would arrive at my house at 5am drunk and wake everyone up. He had a temper. Everyone has a switch inside of them, but when his went off he couldn’t control it. You just have to be calm with him. Not react to it.

“He shouted at me for random stuff, like if his coffee wasn’t made. He would get angry about weird things that shouldn’t really get to someone. He screamed and shouted at me a lot. He’s got quite a foul mouth.”

DailyMirror
Posted by Buzzcanadalive at 9:30 AM