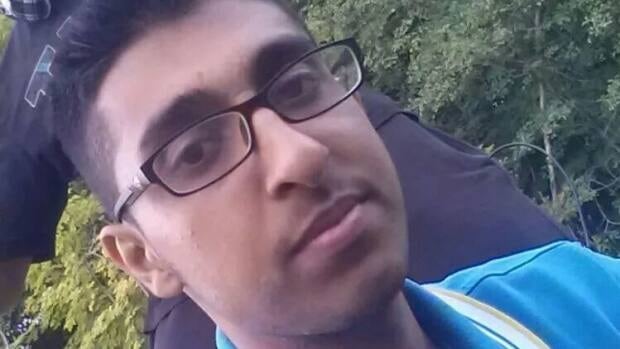 Police say a 19-year-old student fatally stabbed inside a Toronto high school on Tuesday died after he intervened in a hallway confrontation between two other students.

Hamid Aminzada, a recent immigrant to Canada from Afghanistan, died in hospital after the stabbing at North Albion Collegiate Institute, a high school with about 1,000 students located in the northwest Toronto suburb of Etobicoke. Police say Aminzada had intervened in an ongoing arguement between two other students when he was stabbed.

The stabbing happened just after noon Tuesday in the hallway of the school, located at 2580 Kipling Ave., just north of Finch Avenue West. A 17-year-old boy turned himself in to police on Tuesday evening without incident and is now charged with second-degree murder.

Aminzada died in hospital as police searched the school for his attacker. It was the first time a student has been killed inside a Toronto high school since 2007, when 15-year-old Jordan Manners was shot to death inside C.W. Jefferys Collegiate Institute.

At a press conference held outside the school Tuesday afternoon, principal Naeem Siddiq described Aminzada as "quite focused on his family and his future" and that he was "very involved, very kind and well-known to teachers and students."

CBC
Posted by Buzzcanadalive at 4:00 PM