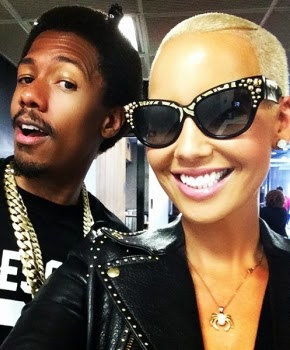 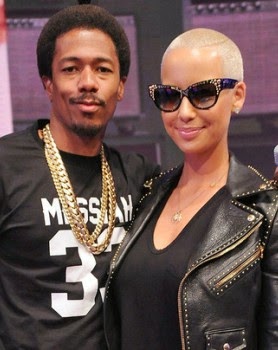 Amber Rose broke up with Wiz Khalifa because of Nick Cannon? Hours Before TMZ broke the news that Amber Rose had filed for divorce from rapper Wiz Khalifa, MediaTakeOut had published a report where they claimed that Amber was about to leave her husband for newly single Nick Cannon who she'd been obsessed with for years. Read the report below

There was a lot of speculation last week when Nick Cannon announced that he was managing Amber Rose. Well according to a close friend of Amber Rose - it ain't just speculation.

According to a very reliable insider, Amber is separating with her longtime husband Wiz Khalifah. And that separation is caused, at least in part, by the fact that she's fallen for Nick Cannon.

The insider told MediaTakeOut.com EXCLUSIVELY, "Amber has had a crush on Nick since forever. He was like a mentor to her, and I think she fell in love."

But the insider claims that NOTHING ever came of it while Nick was married to Mariah. The insider explained, "Nick was faithful to Mariah, and Amber was with Wiz so nothing came out of it. Then Amber got pregnant and the two just ind of drifted apart. . . . But when Nick [and Mariah] broke up, they connected."

MediaTakeOut.com reported LAST MONTH that Wiz and Amber's marriage was in SHAMBLES - so much so that Wiz went on TWITTER to blast his wife. The insider added, "I think Amber is ready to move on with her life. And Nick is the man she wants to move on with." Amber was spotted out yesterday WITHOUT her wedding ring.

We have to say it - as SAD AS IT IS TO HEAR ABOUT THEIR MARRIAGE FAILING - we LOVE the idea of Nick and Amber together. Sorry but Wiz Khalifah's career is on the DOWN SIDE. And we all know that Amber's ABOUT THAT COME UP, so she's gonna be OUTTA THERE one way or the other.

Nick and Amber are like the new Ice T and CoCo to us . . . two HUSTLERS that are gonna be making MONEY and MAGAZINE COVERS for the foreseeable future!!!
Posted by Buzzcanadalive at 9:00 AM