The '10,000-hour' rule revisited: Why practice may not make perfect


When Malcolm Gladwell published Outliers, his bestselling book proposing that practising a certain task for around 10,000 hours is necessary before one can ever achieve great success, he gave hope to millions of wannabe Bill Gateses, Carl Sagans, Tiger Woodses, Yo-Yo Mas and yes, even Malcolm Gladwells.

But he also dashed the dreams of millions of slackers hoping to justify their poor work habits, believing no matter how hard they tried, they could only get so far.

However, just in time for school, there may be a sliver of good news for the terminally lazy.

"Our data suggests that overall on average, practice is important but not nearly as important as, say, Malcolm Gladwell would claim — that it accounts for everything or almost everything,"
said Brooke Macnamara, an assistant professor at Case Western Reserve University in Cleveland.

It was Macnamara, along with fellow psychologists Frederick Oswald of Rice University and Zach Hambrick of Michigan State University, who decided to launch a comprehensive look at the claims popularized by Gladwell by examining 88 studies that looked into the relationship between practice and performance. The psychologists wanted to find what, if any, correlation there was between the two.

What they found and recently published in the journal  Psychological Science was that while practice does play a role in one's ability to say, play chess, or the violin, it's certainly not the defining element for success.

It also depends on what the task is. For games, like chess, practice played a larger role. For this task, the researchers found it accounts for about 26 per cent of one's overall ability. Music was 21 per cent, sports 18 per cent, education four per cent and professions less than one per cent.

All this means, according to the study, is that no matter how hard one practises a particular task, they can only become so good at it, or, in some cases, remain so mediocre.

'Not everyone is going to be Carl Sagan'

It also means there's a whole lot of other stuff going into what makes someone great, Macnamara suggested. Competition (playing under pressure), starting age, personality factors like intrinsic motivation and just how smart one is  — all these factors may play a role, she said. 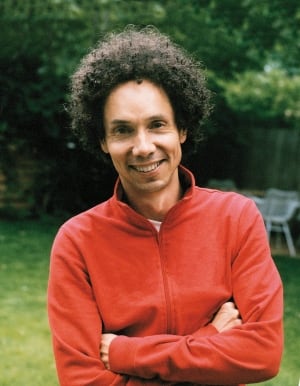 "There's nothing special about 10,000 hours, specifically," Macnamara said. "There’s not really evidence to support it."

But another had not achieved that status until he had had over 23,000 hours of deliberate practice.
Ericsson, for his part, has dismissed the results of the psychologists' study. And Gladwell, in a 2013 New Yorker article, acknowledged that the 10,000-hour rule was just an average and stressed that no one succeeds at a high level without innate talent.


An excuse to slack off?

But, surely, students can't use this study as an excuse to curb their parents' expectations?
Well, yes and no, says Macnamara.

"It depends on what you think is important. And most of us agree that education is important and people certainly improve with studying. So, is it that you want to be as good as you can be and gain as much knowledge and information as you can? Or are you saying, 'So, if I’m not going to be Carl Sagan, then I’m going to give up'?"

Macnamara said people who are trying but failing to become the next Tiger Woods or Yo Yo Ma are sometimes told their lack of success is due to their failure to work hard enough. But she says it's more likely that they just didn't have the innate talent in the first place.

Macnamara said she has had people say they feel better, that they're not kicking themselves anymore thinking they didn't work hard enough, as they realize their limitations.

“I think the more information we have, the better decisions we can make," she said. "So, parents can understand the importance of practice while understanding that it’s not everything, and they can make decisions that way, and individuals can make decisions about the time and effort and resources they want to put into their endeavours, whether it’s a career or hobby."
CBC | AP
Posted by Buzzcanadalive at 10:00 AM