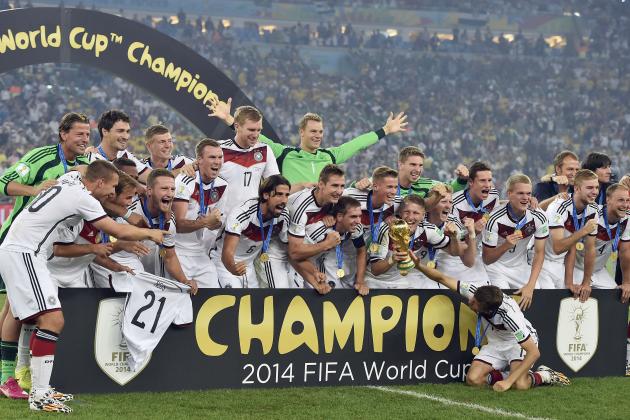 Germany remain at the summit of FIFA's World Rankings after Thursday's Sept. 18 update, which sees Colombia, Brazil and France move into stronger positions of power inside the top 10. According to the new updated ranking Canada is 120
England and Italy are also among those to have risen after the first round of qualifiers for the 2016 European Championships in Paris.

Here's a look at the updated rankings, followed by the biggest movers and shakers from across the entire spectrum 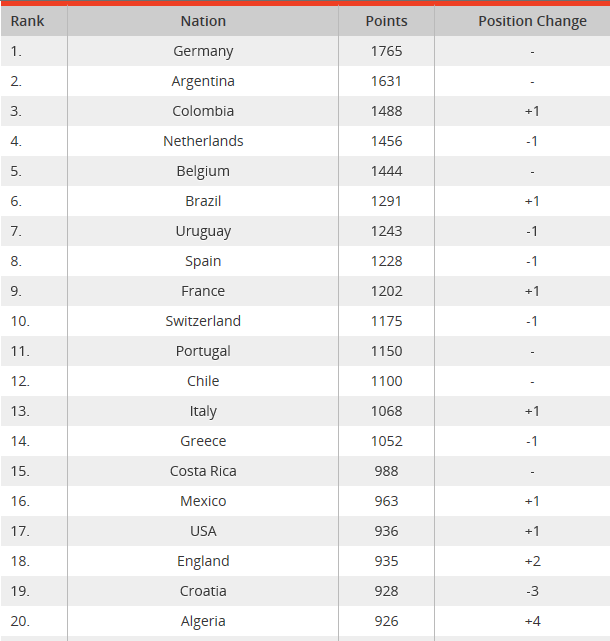