Chris Brown to Ray Rice: 'I Know That Feeling Bruh' 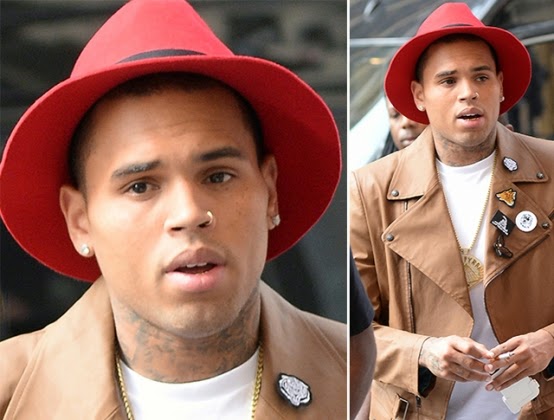 Sometimes you wonder why Rihanna was so obsessed with this guy, then you see pics like (minus the cigarette) and you kinda understand. He can be fine sometimes sha.

Anyway, to the story. Days after NFL player Ray Rice was fired by his club, Baltomore Ravens, after a leaked video showed him assaulting his then-fiancée (and now wife) Janay Rice, Chris Brown, who received 5 years probation in 2009 after assaulting Rihanna, has spoken out about the consequences and triggers of domestic violence in an interview with MTV News. 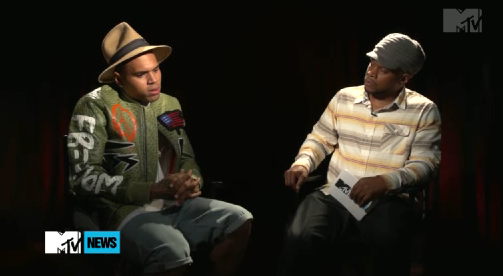 "I think it’s all about the choices you make. With me, I deal with a lot of anger issues from my past – not knowing how to express myself verbally and, at the same time, not knowing how to cope with my emotions and deal with them and understand what they are. Help is great. I still talk to my therapist twice a week. It helps me...if I'm frustrated, if I'm dealing with something, to vent, to say what I'm going through so I can hear from an actual clinical person. Who tells you, 'This is how you should react,’ or 'it’s good to feel this way because feelings, emotions, and energy are supposed to come and go. It’s not supposed to stay there; you’re not supposed to keep it inside because it’ll bottle up and you’ll become a monster."

"Dealing with my anger issues, understanding myself, the life I've been through and where I'm headed and where I want to be, it's really helped me to really focus.

"For somebody going through that situation or anybody dealing with it, it's all about the choices you make and how you control your anger

"To Ray, or anybody else — because I’m not better than the next man — I can just say I’ve been down that road. I deal with situations and I’ve made my mistakes too, but it’s all about how you push forward and how you control yourself."