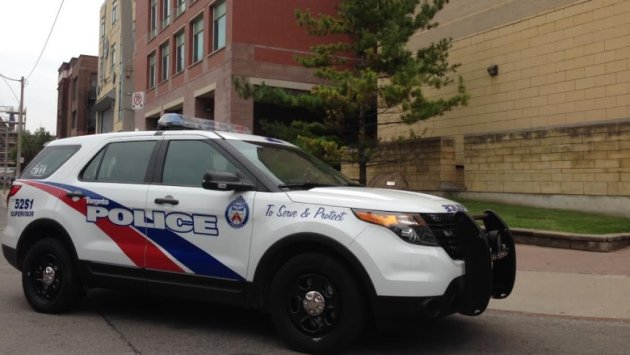 A female student attacked a professor with akitchen knife inside a building on the University of Toronto's downtown campus on Wednesday afternoon, police say.

Police say the victim was cut in the arm and leg.

The suspect was restrained by others in an office and a knife was taken away.

Paramedics say a man in his 40s was taken to hospital with minor injuries.

The CBC's Neil Herland reports that employees at the Earth Sciences Centre say they believe the victim is a math lecturer.

Police say a 21-year-old woman is in custody. Investigators are trying to reach her family overseas.
The university said that it is co-operating with police as they investigate the incident, which occurred just days into the start of the new school year.