Florida Shooting | Grandfather kills his daughter and her six children 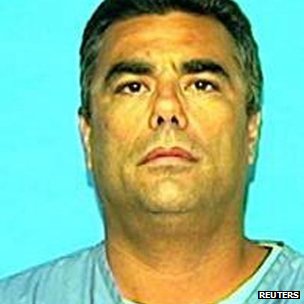 A grandfather shot dead his daughter and her six children before taking his own life at a home in Bell, Florida, police have said.

The authorities have identified the gunman as Don Charles Spirit, 51.

Schultz said a colleague responded to reports of a shooting on Thursday afternoon and on arrival made contact with Spirit before he killed himself.

"I haven't seen anything like this at all," said Schultz.

"This county, this community is going to be devastated from this. It is a small county, we are all family here.

"We're asking for prayers for this community and the families involved."

After Spirit took his own life, police found the other seven bodies in the house, although there were other people there who were still alive.

Spirit, who was known to police previously, was the only suspect, said Schultz.

According to the Florida Department of Corrections, the grandfather was once behind bars for a gun charge, and was released in February 2006.

Bell is a town of about 350 people located 30 miles west of Gainesville.

Multiple shootings in the US have happened in schools, colleges, military institutions, shopping malls and homes. Each time innocent victims die, but this rural community has been shaken by the multiple killing, says the BBC's Tom Esslemont in Washington.

It is likely to reopen a painful debate about gun ownership, but is unlikely to change deeply entrenched polarised views, our correspondent adds.

BBC
Posted by Buzzcanadalive at 4:00 PM