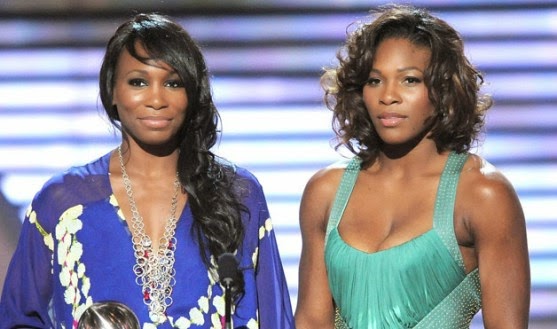 There are reports that once close sisters Venus and Serena Williams are barely speaking to each other these days...

Tennis insiders are whispering that Serena Williams’ partying has caused an icy rift between her and her sister, Venus Williams.

The tennis champs have not been seen together off the court in recent weeks, and many wonder if Serena’s late nights out and disappointing doubles performances have annoyed the more low-key Venus.

An insider was heard during the US Open claiming, “They’re not in a good place right now. Venus is angry with Serena,” because of her active social life off the court.

Some noticed Venus and Serena didn’t arrive together or even speak to each other at the Taste of Tennis kickoff event for the US Open a few weeks ago.

“There was no acknowledgment that either one was even there,” said one.

The sisters lost in the US Open women’s doubles quarterfinals after they had to pull out at Wimbledon, where Serena developed a mysterious illness. They’d also declined to appear together at a mandatory press conference after losing at the US Open.