Quebec Is Still Taking Notes On The Scottish Question 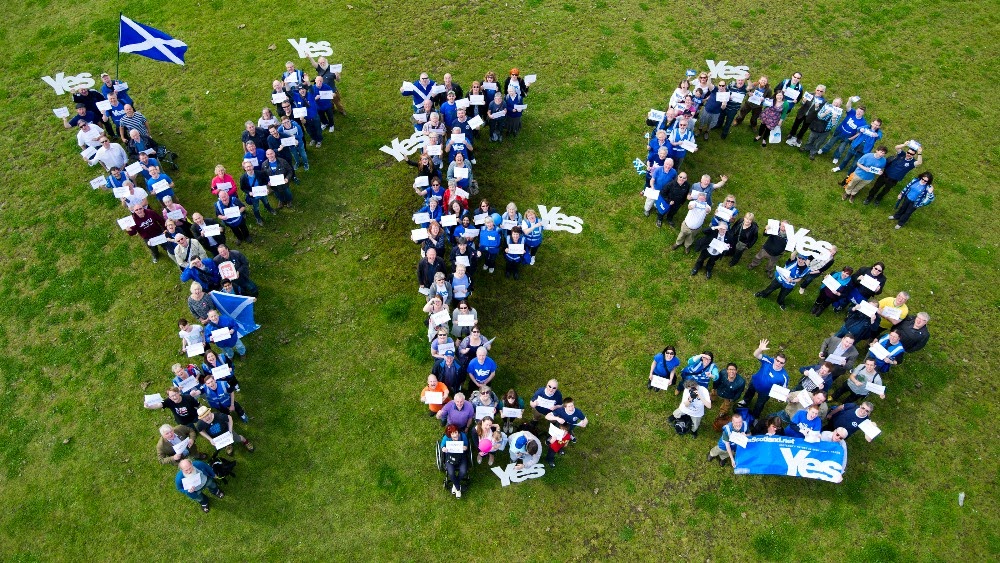 Win or lose, Scotland's independence movement has already become a source of inspiration for Quebec secessionists.

Supporters of Quebec's hobbled sovereignty movement watched closely Thursday as Scots voted on whether to separate from the United Kingdom.

Polls predicted a nail-biter result, only months after the Scottish breakaway movement was all but dismissed.

The apparent surge by the Scots has provided a source of hope for leaders of Quebec's own independence cause, a fractured movement still smarting from major electoral defeats in recent years.
Even a narrow loss for Scotland's Yes side would feel like a victory, says a potential Parti Quebecois leadership candidate who travelled to Edinburgh for the vote.

"Very few people — pretty much nobody — seriously thought the Scots had a chance to win," said Alexandre Cloutier, who was cautious about drawing parallels between Quebec and Scotland.

"I think we have to be prudent, obviously, in making comparisons (to Quebec), but at the same time we must remember where the Scottish independence movement started from."

For years, surveys have shown most Quebecers oppose the idea of independence. The PQ, the movement's primary political vehicle, suffered an historic electoral defeat in April after it promoted its sovereignty ambitions during the campaign.

The party is now looking for a new leader and a new way of selling its project to the province.
Scotland has become a real-life example.

Cloutier, dispatched as the PQ's official representative in Scotland during the campaign, said he's met with Yes side supporters from business, minority and youth groups. The PQ has struggled to connect with these key demographics in the past.

Support for the Scottish pro-independence movement has climbed in recent months to put it in a dead heat with the pro-union No side. For several years, surveys had pegged support for separatism somewhere between 25 and 30 per cent.

"You have to look at the progression of the Yes camp over the last six months — it shows that it's possible to rise from 30 per cent (support) to 50 per cent in a relatively short amount of time," Cloutier said in an interview from Edinburgh, where he plans to watch the results roll in Friday at a large rally outside the Scottish Parliament.

"Of course it can be a source of inspiration for us.

"They have been so precise, they have been able to define the project very precisely and I think that's definitely one of the key elements, one of the reasons that the movement was (supported) by the population and not only by the politicians."

Three other PQ members of the legislature are also in Scotland — Martine Ouellet and Pierre Karl Peladeau, who are both considered possible leadership candidates, and Mathieu Traversy. The three are there in a private capacity.

Their presence overseas was criticized by Premier Philippe Couillard on Thursday.

"I think it is a poor choice of priorities," he said in Quebec City. "We have a lot of significant issues to discuss in Quebec and I think this is where we should all be.

"We will have the result of that vote through the media in the coming hours and we will all comment, I guess, on whatever result comes out."

Another Quebec sovereigntist who has been lured to Scotland is Daniel Turp, a key player from Canada's own hard-fought unity battle in 1995.

Before leaving for Edinburgh earlier this week, Turp predicted the run by Scottish secessionists would create momentum for Quebec's movement.

"It will give wings to the sovereigntist movement here, to the PQ, to the (PQ) leadership campaign," said Turp, a top adviser and speech-writer for charismatic sovereigntist leader Lucien Bouchard during the '95 campaign.

A win, he added, would spare the Scots from the uncertainty he says Quebec has endured since its first referendum loss in 1980.

"Do they want to drag that on for 30 years like we've been doing?" said Turp, who has also advised members of the Scottish National Party on referendum strategy.

"There's something frustrating in the life of a people of just going on and on and just not having fundamental issues settled."

Bernard Landry, an ex-PQ premier who served as deputy premier to Jacques Parizeau in '95, said a win by the Yes camp in Scotland would be a positive for Quebec sovereigntists looking to re-energize their movement.

"It's not there where Quebec's fate will be determined, but we will surely be able to make positive and inspiring comments," Landry said in a recent interview.

"I have never given up hope."

Quebec sovereigntists, including Cloutier, Turp and Landry, have said they were impressed by London's approach to the referendum, including its respect for campaign-financing limits and its agreement to respect a 50 per cent-plus-one vote result.

They've each said that Ottawa could learn from England's example if ever Quebec were to hold another referendum.

With the next Quebec election scheduled for 2018, any chance of another unity vote in Canada is still years away.

The Canadian government will also watch Scotland's referendum unfold, but from a distance.
"This decision is a matter for the people who live in Scotland to determine by democratic means," Adam Hodge, a spokesman for Foreign Affairs Minister John Baird, wrote in an email Wednesday.

"Canada and the United Kingdom have benefited from a long history and strong partnership. We hope and expect that this friendship will continue, whatever the result of the referendum."

Earlier this month, Prime Minister Stephen Harper was asked for his thoughts on the referendum during a visit to London.

Harper told reporters that breaking up the U.K. would fail to serve the greater global interest. He mentioned the challenges of terrorism, trade, the Ebola outbreak and climate change.