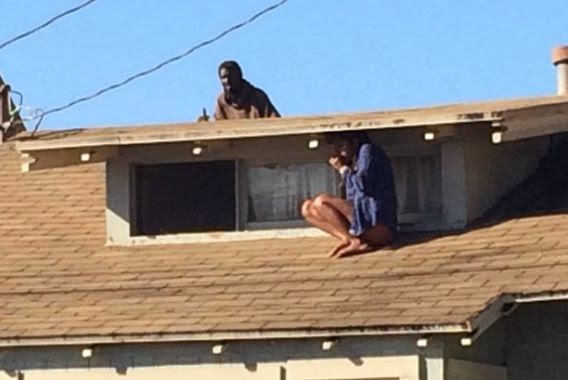 This photo shows the incredible moment a terrified woman named Melora Rivera hid from an intruder on the roof of her home in Venice, Los Angeles last week, only for him to appear behind her.

The scary photo which was taken by her neighbour and later shared online shows Melora hiding from the man, later identified as 29 year old vagrant Christian Hicks, who had broken into her home as she slept.

She hid on the roof and quickly called police but as she was there waiting for help, the intruder showed up on the roof with a knife looking for her. 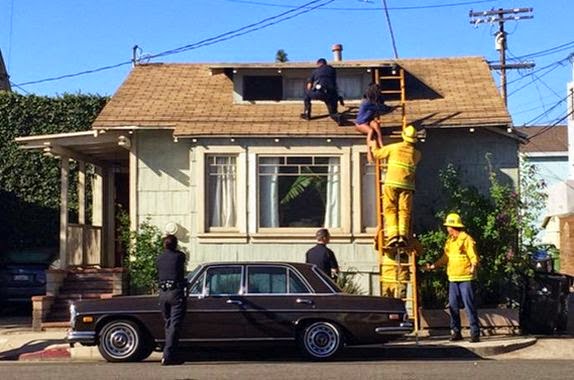 Fortunately, the police arrived at her home just in time to rescue her. And they also manged to coax the intruder down too

"Once I saw him in the house, I knew that we both couldn’t be there. I knew that I didn’t want to have a confrontation with him of any sort, you know, not knowing what his intention was. My biggest fear was that he was going to be forced by the cops to come hide in basically the same place I was hiding." 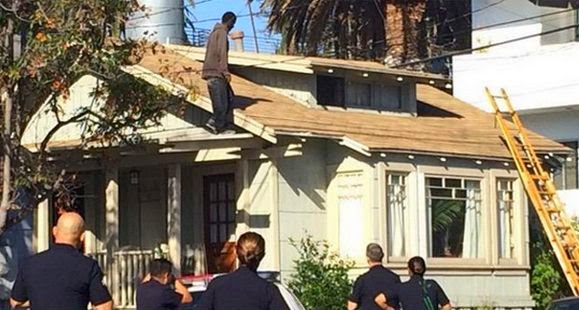 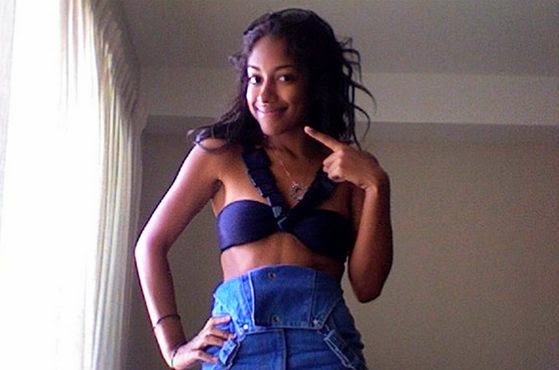 Melora
Posted by Buzzcanadalive at 1:00 PM