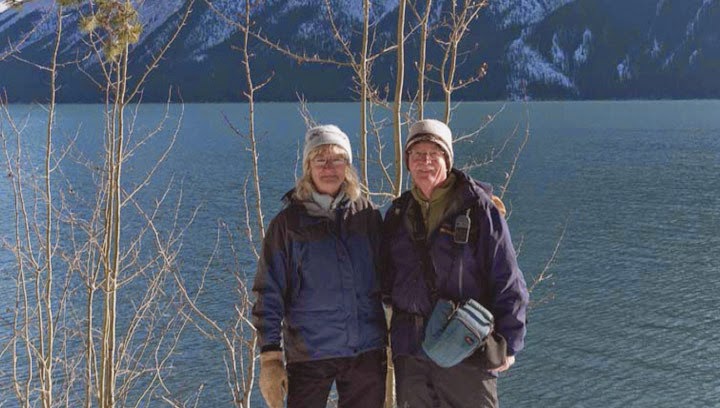 A 62-year-old Saskatchewan woman has been rescued after surviving more than a week in the wilderness.

The Prince Albert woman had been out canoeing with her husband when their boat capsized on a set of rapids. Her husband died in the incident.

Police haven’t released the identities of the couple, but news agency has confirmed them to be 66-year-old David Dice and his wife, Enid Dice.

The RCMP said they received a call on Aug. 20 from a man saying his parents had been on a canoe trip, but that he had stopped receiving updates from the satellite tracking device they had with them.
“The parents were extremely well-known with the area and they were extremely well-versed in canoeing,” said RCMP spokesperson Mandy Maier in a press conference. “So they had lots of experience.”

On Tuesday morning a float plane operator on Kinosaskaw Lake spotted a capsized canoe and a body in a nearby river.

A search was launched soon after, and a pilot of another plane located a woman waving at the plane and standing near a fire. Maier said she believed she didn’t have any survival equipment with her when she was found.

After being rescued, the woman was transported to a hospital in La Ronge where she has since been released. Police said the woman was in good health with no injuries.

The couple appears to have maintained a travel blog. Their most recent post on Aug. 14 details the trips they’d taken to Chile, Argentina and Norway earlier in the year.

CTV
Posted by Buzzcanadalive at 2:00 PM