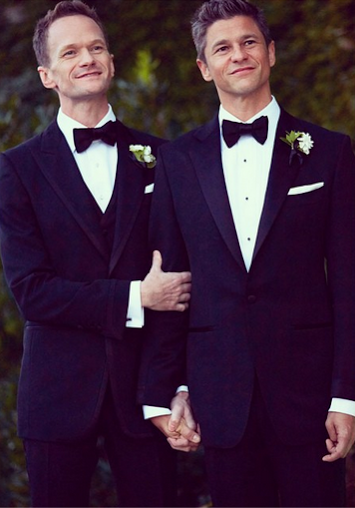 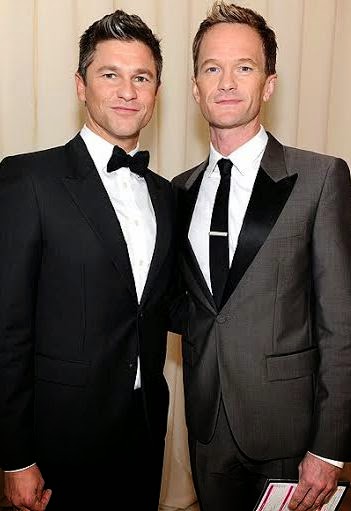 Hollywood actor, Neil Patrick Harris and his longtime partner David Burtka got married on Saturday September 6th at a very private wedding in Italy (Pic from their wedding left). The 'How I Met Your Mother' star took to twitter to make the announcement. The couple have been together for ten years and have a set of fraternal twins together.
Harris, 41, just won a Tony Award for his role in “Hedwig and the Angry Inch.” He has been in several Broadway productions, including “Assassins,” ”Proof” and as the exuberant master of ceremonies in “Cabaret.”

Burtka, 39, played Tulsa in the Bernadette Peters-led revival of “Gypsy,” was seen off-Broadway in “The Play About the Baby” and is also a chef.

“How I Met Your Mother” producer Pam Fryman officiated at the wedding. Same-sex marriages are not allowed in Italy so it was not legally binding in that country.

The next celebrity couple to pick Italy to marry is George Clooney and human rights lawyer Amal Alamuddin, who will tie the knot in Venice in a couple of weeks.
Posted by Buzzcanadalive at 6:31 AM